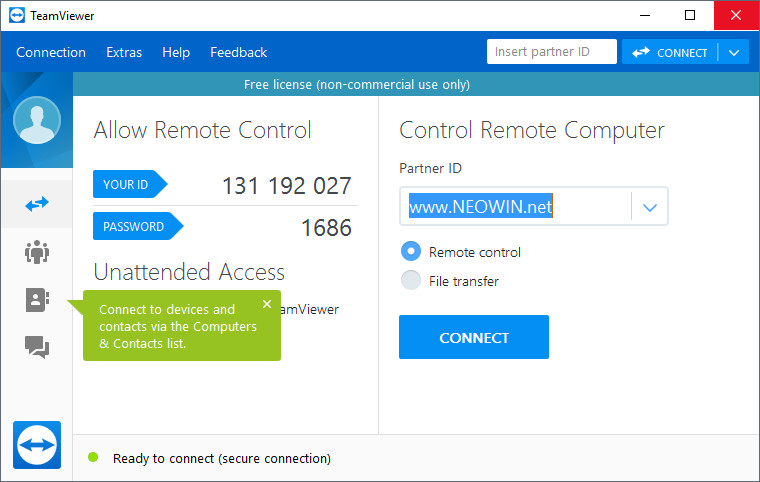 TeamViewer is the fast, simple and friendly solution for remote access over the Internet - all applications in one single, very affordable module.

Remote control of computers over the Internet, Instantly take control over a computer anywhere on the Internet, even through firewalls. No installation required, just use it fast and secure. Training, sales and teamwork, TeamViewer can also be used to present your desktop to a partner on the Internet. Show and share your software, PowerPoint presentations etc. File transfer, chat and more, Share your files, chat, switch the direction during a teamwork session, and a lot more is included in TeamViewer.