Although Intel's die shrink of Sandy Bridge isn't due until next week (Monday, rumors say), the company has long shipped Ivy Bridge's accompanying chipsets. It might seem odd to jump the gun on "next-gen" motherboards, but 7-series platforms are backwards compatible with Sandy Bridge processors, so users have actually been able to buy a Z77 motherboard and use it for a few weeks without Ivy Bridge.

Naturally, that means Sandy Bridge and Ivy Bridge processors share the same socket. In addition to Sandy Bridge CPUs being compatible with 7-series motherboards, 6-series motherboards are compatible with Ivy Bridge chips. In other words, with little more than a BIOS update, folks running on older boards based on chipsets such as the H67, P67 or Z68 should be able to use one of Intel's latest processors. 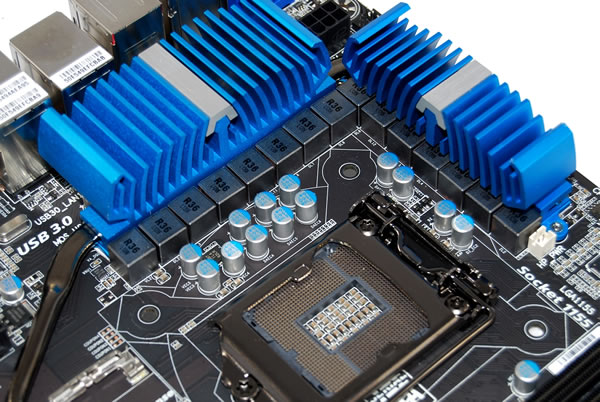 After surveying Panther Point's spec sheet, we're itching to get a little more hands-on. Fortunately, we have four new Z77 motherboards in the shop and begging for attention, including the Asrock Z77 Extreme6, ECS Z77H2-AX, Gigabyte Z77X-UD5H-WB and Intel DZ77GA-70K.