"Easier said than done" is the best phrase I can think of to describe Intel's ultrabook initiative. On paper, the plan seemed easy enough, although manufacturing partners and knowledgeable consumers alike would testify that it's been anything but. Aspirations to compete with Apple's ultrathin MacBook Air have been met with a number of compromises as hardware makers struggle to find the perfect blend of features while keeping the overall price somewhere around Intel's $1,000 target.

Could a few hundred bucks tacked on the top end make a difference between a vanilla ultrabook and something truly special? That's something Acer is willing to gamble on with its latest flagship ultrabook. 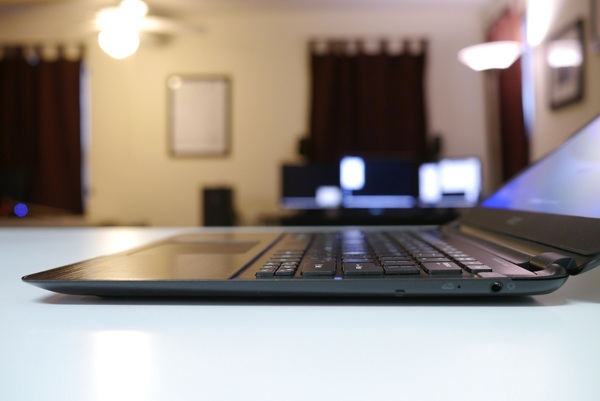 The S5 comes with a beefy Core i7-3517U clocked at 1.9GHz (Turbo Boost up to 3.0GHz), 4GB of RAM and 256GB of flash storage -- no hybrid caching system here.  In most instances, an SSD is the best component upgrade for any modern system, but Acer took things one step further as the S5 is equipped with two 128GB SSDs in a RAID0 configuration. It goes without saying that the storage subsystem should be blazing fast.