Based on early estimates, Skyrim has shipped seven million copies worldwide across all platforms, including digital stores such as Steam. During a peak hour last Monday, Valve's platform alone recorded some 287,000 Skyrim players -- greater than the combined peak activity of MW3, Counter-Strike, Football Manger 2012 and Team Fortress 2.

We usually don't open our performance reviews with sales figures, but we felt compelled to illustrate the magnitude of Skyrim's launch because role-playing games rarely garner this type of attention. Although its popularity is undoubtedly aided by the cult-like status of the Elder Scrolls franchise, Skyrim isn't just a clone of its predecessors (we're looking at you MW3). Bethesda has made many gameplay refinements, especially to the graphics and animations -- our area of interest. 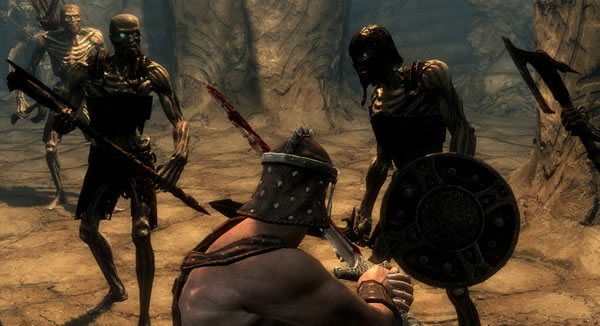 While it may not bring your PC to its knees, Skyrim promises to be the best-looking Elder Scrolls title to date with its newly developed game engine, called the "Creation Engine." Among other things, the framework lets Skyrim display greater draw distances and produce a more realistic world overall. Shadows can be created by any object or structure, tree limbs and the flow of water can be affected by wind, and other weather effects have been introduced, such as dynamic snow fall.