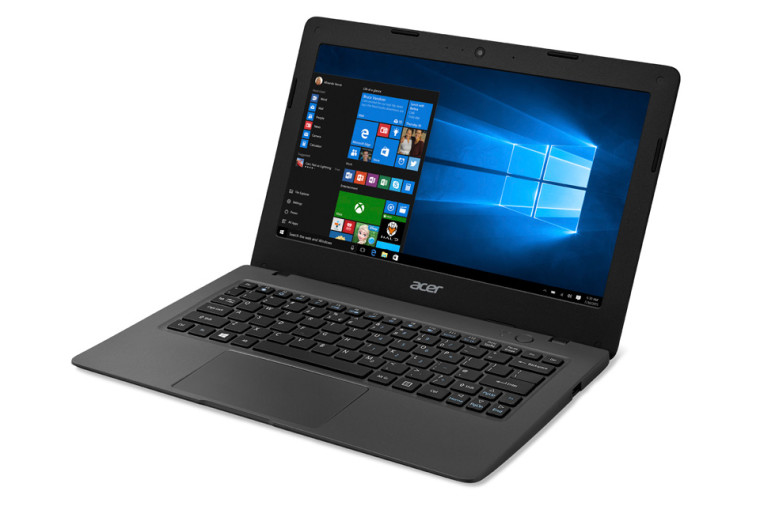 Acer won't be winning any awards for the naming of its latest line of low-cost laptop: Cloudbooks. While we can't decide if it's a homage to, or a ripoff of Google Chromebooks, the Cloudbooks - announced last month - are the go-to devices if you want a device for as cheap as possible but don't want to be hampered by the arguably watered down Chrome OS.

Packing a 2.4 GHz Intel Celeron N3050 processor based on Intel's 14nm process, and running Windows 10, the Cloudbooks will come in two variants, both of which remain below the $200 threshold. Some corners have, indeed, been cut, but that is one of the lowest prices we have ever seen for a full-blown Windows PC.

While the two options available are a 11-inch and a 14-inch device, both will feature a 1366x768 resolution and have 2 GB of RAM. The similarities don't end there, as both devices also have the same connectivity options: one USB 3.0, USB 2.0 and HDMI port each, along with a headphone jack.

The differences between the two are in screen size, storage and price. The 11 inch version, which starts at $169, has ony 16 GB of internal storage and if you think that's too little - which, for a Windows PC, is certainly true - you can pay a $20 premium to add 16 GB more. The 14-inch Cloudbook comes with a minimum of 32 GB but starts at $199, with a 64 GB version slated for a later release.

While Acer has been rather stingy with storage in order to keep costs down, the laptops are relatively well designed, especially for their price, with a matte black and minimalist finish. These aren't the lightest machines in the world, however, with the 11- and 14-inch Cloudbooks weighing in at 2.54 lbs and 3.5 lbs, respectively.

Whether buyers are excited about the rise of these ultra-cheap Windows notebooks after the death of netbooks, and whether they can hold their own against Google's Chromebooks remains to be seen, but what we do know is that you can try one out starting September.