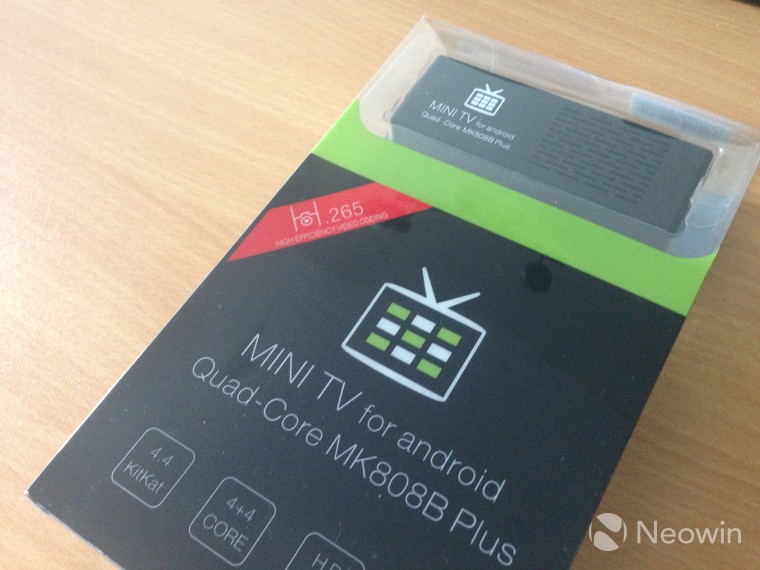 The MK808B Plus is a revision over the older MK808B, with the primary difference I can see is that it just provides support for H.265. The full review for the device is coming in the next few days, but in the mean time check out my first impressions and unboxing of the MK808B Plus.

I love how small this thing is. If you check out the image, that's a standard AA battery for scale. Compared to my older iMitio MX1 from a couple of years ago, it really is significantly smaller. It has vents on both sides around the processor which helps with airflow.

The launcher is absolutely beautiful. If you checked out my earlier review of the Tronsmart Draco AW80, one of the issues I had with the device was that it came with a stock Android launcher. While this is usually a plus on phones and tablets, since Android TV sticks are usually controlled by gyroscope mice or analog remotes, it means that everything becomes significantly harder to use. Also since most of us would have high definition televisions, it means that trying to press an icon from 4m away using a gyroscope is pretty much hell. The MK808B Plus fixes this, however, by providing a tiled interface similar to that of Metro, and it even provides in-depth settings controls and various customization and grouping options. It makes it extremely simple to use and looks perfect. 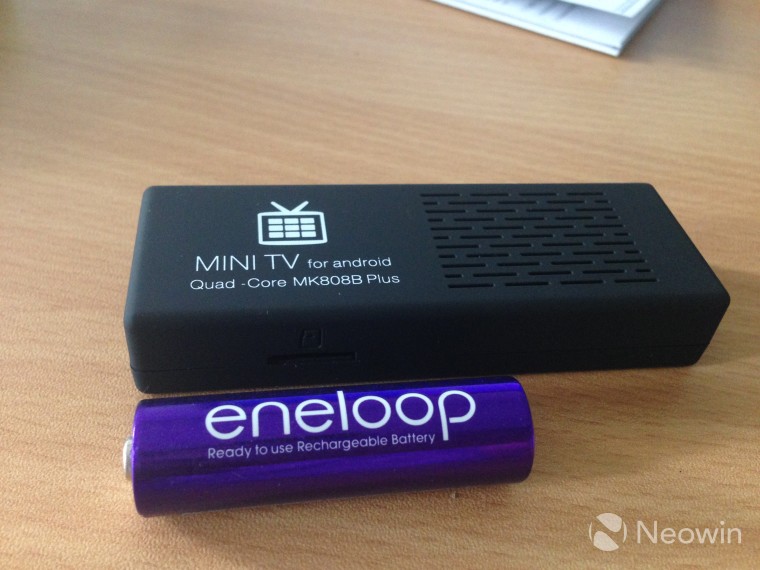 There really isn't anything bad with the device right now. Based on the price and the features, the thing is great. If I had to be picky, I'd focus on two things, though. The first is that my USB soundcard isn't being recognized, which is strange considering that it worked fine on a much older Android 4.1 ROM on my iMitio MX1. I'm testing this out on a monitor that doesn't have speakers so I have to use external speakers, and at this point I can't really do that. I'll keep playing around until I can enable it, if I can.

The second element is that although I mentioned the device's vents and cooling above, I noticed that even when idling the device was warmer than expected-- It was as warm as the Tronsmart Draco AW80 when doing a benchmark (although, to be fair, the Tronsmart has absolutely superb heat management). I'm concerned how hot it would be when playing a 1080p film or playing a high-res game. Of course I haven't done either of those things yet, so I'm just speculating.

I can't really find anything ugly with the device. It actually looks pretty nice-- even the packaging.

Check out the unboxing gallery below, and look out for the full review coming in the next few days!