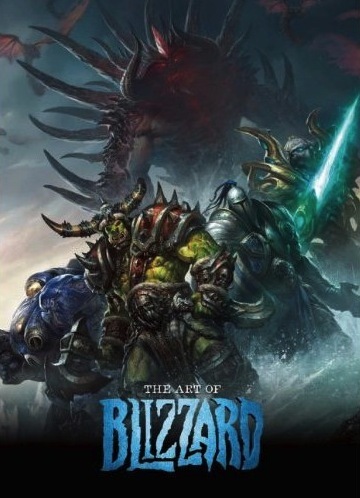 Blizzard may not be holding a BlizzCon event in 2012 but in October, the company is teaming up with book publisher Insight Editions to bring its many fans a celebration of Blizzard's 30 years of existence in an impressive sounding coffee tablet-style art book. Insight Editions sent over an email announcing they will release The Art of Blizzard sometime in October.

In its press release today, Insight Edition states, "Through nearly 800 pieces of concept art, paintings, and sketches, The Art of Blizzard explores the creative forces behind the company's games and showcases the artistry of the teams that make them." In addition to the artwork, the book will also have commentary written by three of Blizzard's major team members; Nick Carpenter (vice president of art and cinematic development), Sam Didier (senior art director), and Chris Metzen (senior vice president of story and franchise).

The book won't come cheap; Insight Editions is pricing The Art of Blizzard at $75, making it a very expensive coffee table book. If you happen to be atttending the sold out San Diego Comic-Con in mid-July, you can go ahead pre-order the book at the Insight Editions booth.