Android launchers have been a source of contention among the more passionate of users. Whether you spend hours trawling through several thousand unique setups on r/androidthemes, or traverse beyond the extra mile to stand tall above the normies with some of the most hardcore mods one can find on XDA, most enthusiasts can agree that a well-maintained home screen is a reflection of our priorities in life, and is one of the reasons we're willing to shut down iPhone fans over the internet with our superior customizability and mental stability.

Yes, we've got brilliant, cream-of-the-crop apps like Nova Launcher regularly knocking it out of the park, and somewhat janky but still feature-packed newcomers like Microsoft's own offering, but we're Android users dammit. We're not starved for choice, are we? There's more to this metaphorical fest than just the headlining acts!

So without further ado, here are four custom launchers on the Play Store that offer customizability, simplicity, a mix of both or something different altogether.

Evie Launcher is what happens when a few developers absolutely nail the basics of a custom launcher, and stick to their guns. This app comes with a simple home screen + app drawer interface and a dash of customizability for its icons and grid sizes, and for the discerning Android user that wants to set up their device once and never obsessively fiddle with their settings screen again. The animations are gracefully executed and lend to the app's quality fit and finish.

Some might call it Spartan, but to me, it's just right. You can get Evie Launcher completely for free here. 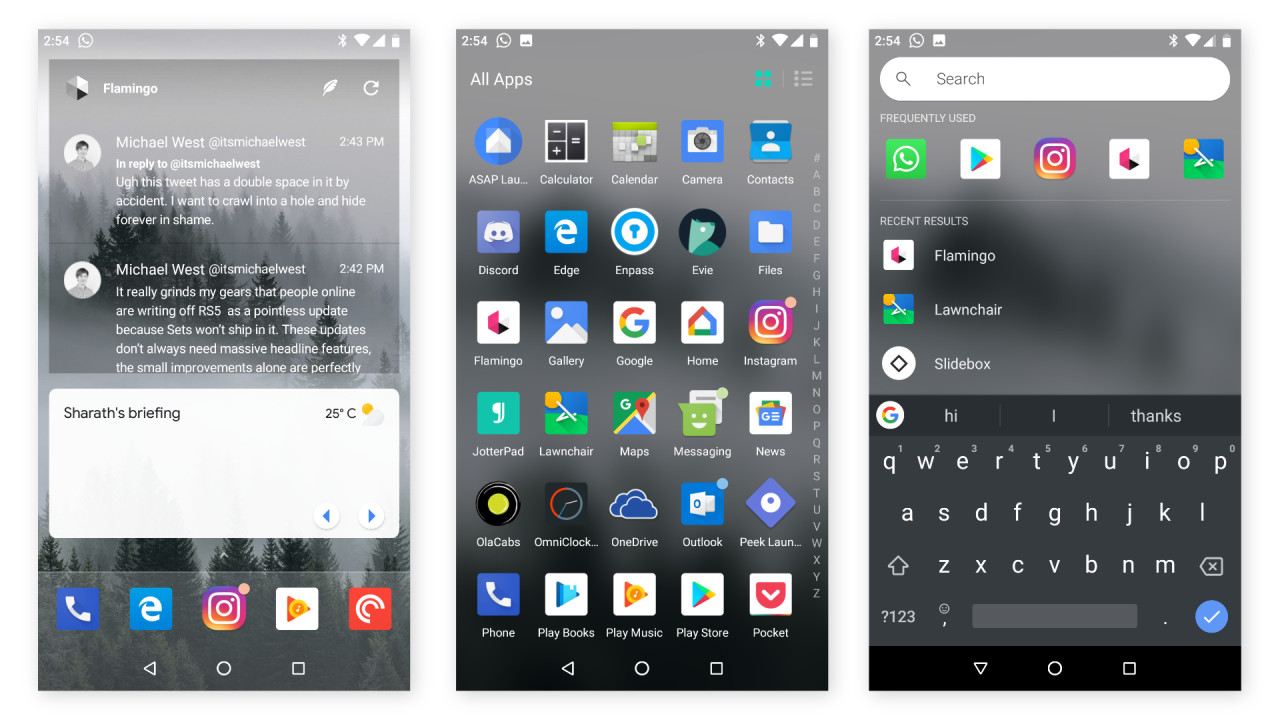 Peek Launcher is quite easily my favorite Android home screen currently in development, and I would call it perfect if it weren't for the inexplicable lack of basic customizability.

For those who believe that a launcher's sole purpose is to launch things, nothing comes close to Peek, with its T9-numpad approach to quickly look for either an app or a contact, and to get on either of those cases, pronto. Its gesture-driven interface when not interacting with the numpad is fun to use, but again, the ol' caveat of having no search engine options outside Google is a bit of a bummer.

You can try Peek Launcher here for free. There's a $5 in-app purchase option to unlock a small number of features, such as the ability to hide certain apps, but it's more than usable without having to pay the asking price. But I'd recommend doing so anyway, given how great the app is, as is. 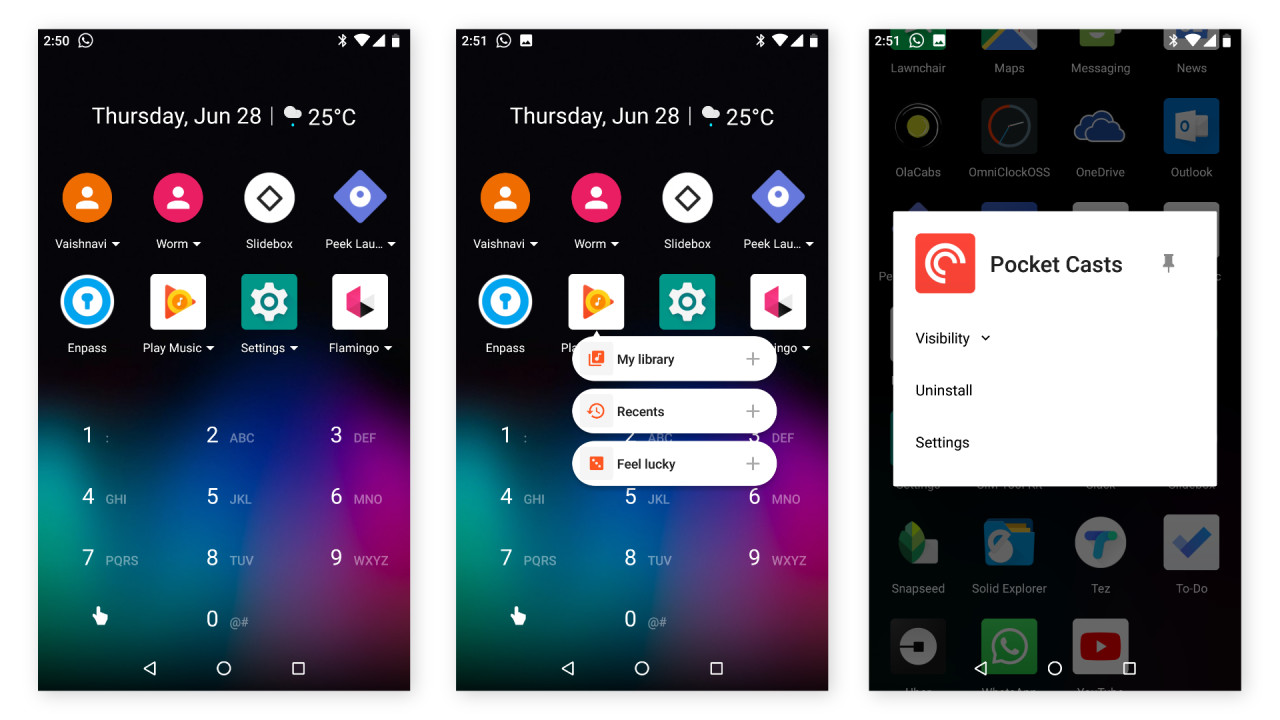 ASAP Launcher is a peculiar one. Feature-wise, it tries to be a functional jack-of-all-trades and is a perfectly serviceable launcher with spectacular spit and polish.

It's got a built-in weather card, a to-do list, a calendar and a list of contacts, at the center of which is the home-screen with a hamburger menu acting as the app drawer. It's simple enough, but it's still rather fiddly with a somewhat misguided approach to its featureset, given they are little more than full-screen widgets.

Appearance-wise, however, ASAP is a completely different story. With pretty cards that borrow color from your wallpaper and with a card-based interface that looks great, I'm sure there's an audience for it. I do wish it was better laid out, because while it does work, it doesn't come across as thoughtfully designed.

You can get ASAP Launcher for free here. 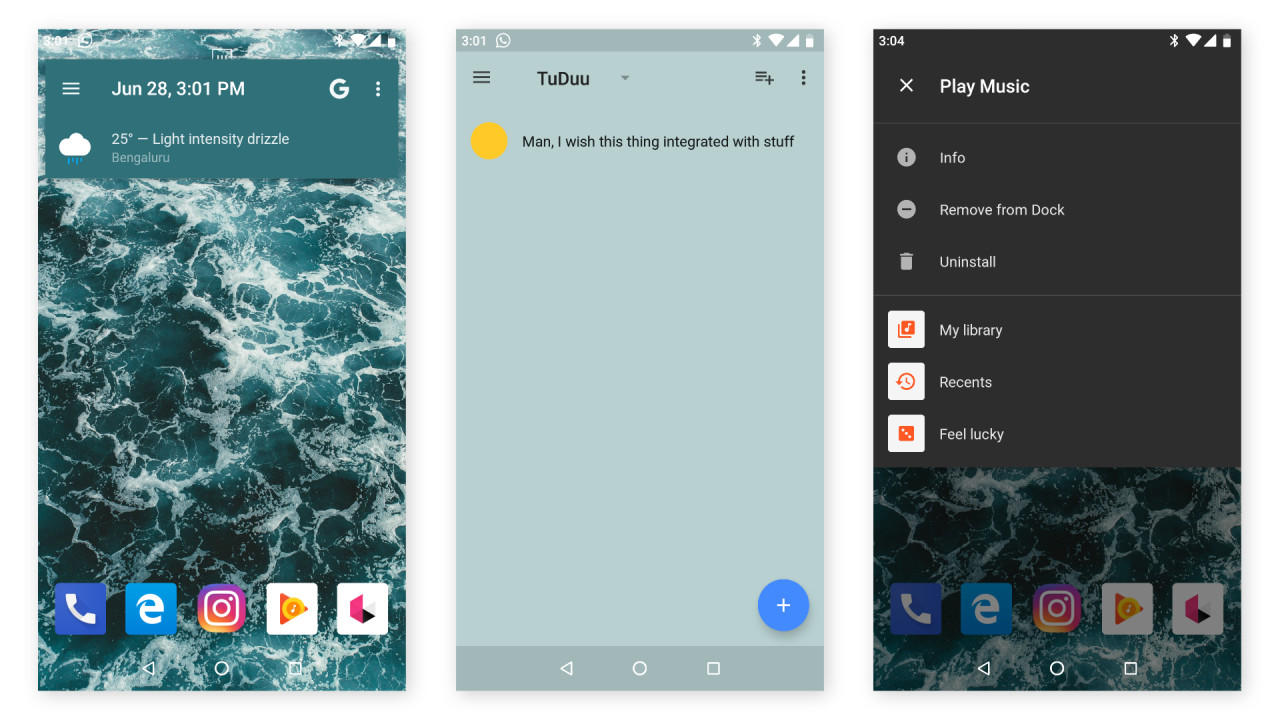 Lawnchair is the closest I've come to outright recommending Nova Launcher in this piece, but it'd also be a gross oversimplification to call it that. In fact, I'd say this goes further than Nova does, without overcomplicating the settings menu and cluttering up the setup process, while also giving users who don't want to bother with customization a solid, simple foundation to drop their icons and widgets on and get things running in a matter of seconds.

For those who do enjoy fiddling with a plethora of settings, however, Lawnchair does not disappoint; everything from different launcher themes to the option to use gaussian blurs willy-nilly are present, along with the basics such as the choice to use different icon packs, of course.

A downside here is that given it's based on the Pixel Launcher, the option to switch to a different search engine is absent, on top of which search is completely non-functional without the Google app installed on your device, though given a vast, vast majority of Android users don't use their phone any other way, this would only affect a niche set of users like me.

The best part, however, is that this behemoth of a launcher is completely free, and you can snag it here. Additionally, if you want to have Google's Feed accessible with a single swipe, you can download the add-on for it from Lawnchair's official website. 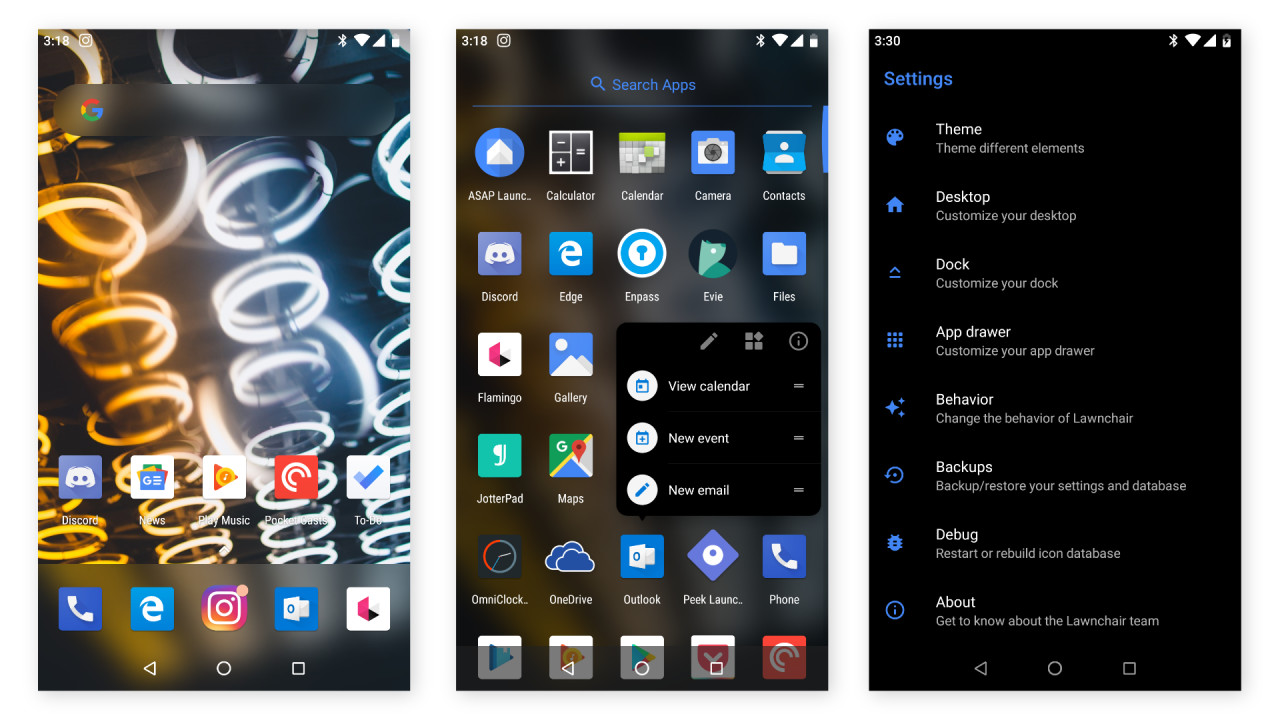 Flow Home (Beta)'s story is nothing less than a tragedy. It's been two years since it was declared dead and de-listed by its developers, but it continues to be one of the sleekest, most sensible and most different launchers out there. It follows a Google Now-esque approach and gives you a homescreen that puts together your respective Twitter, Feedly, Reddit and Tumblr posts into one unified feed, andwas it a brilliant mix of form and function. 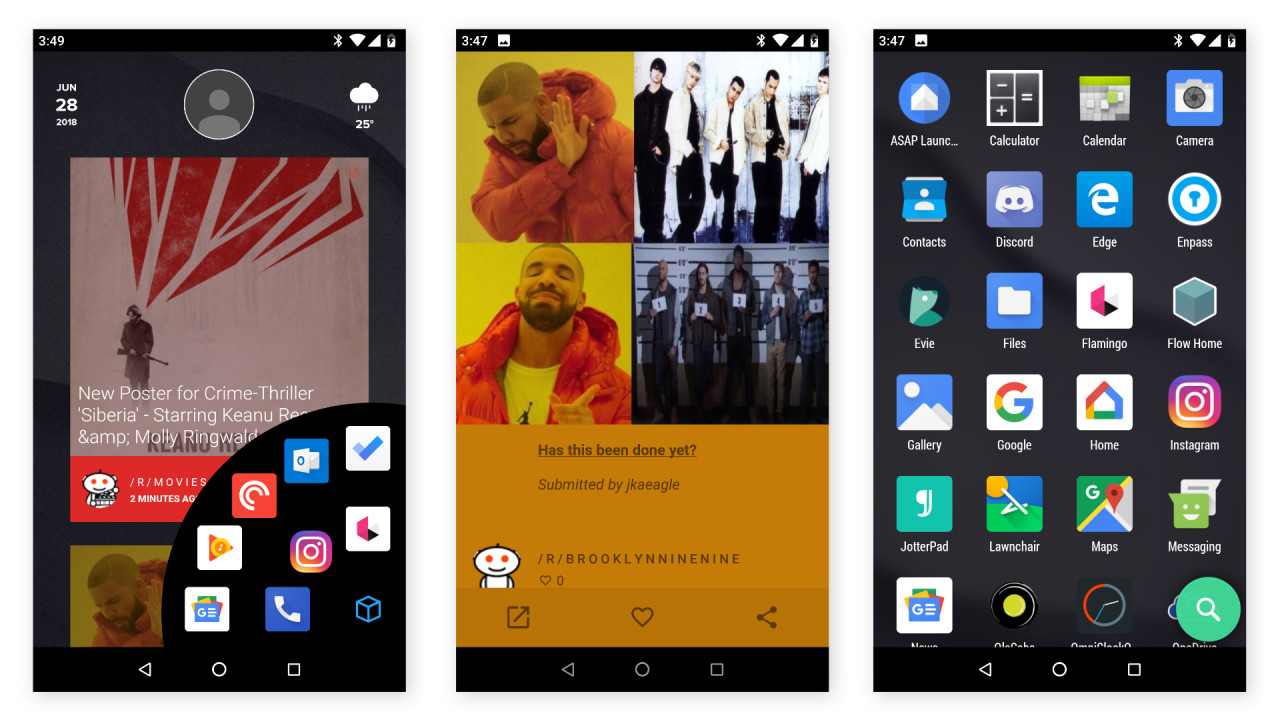 You can get Flow Home (Beta) here (you won't be able to find it by searching for it), but do bear in mind that a lot of functions - such as the Twitter sign-in process - are defunct, so see this write-up less as a feature and more as a heartfelt eulogy for something that was genuinely ground-breaking and exciting to use.