Well, it's that time of the week again. Last Friday, Neowin published an Apple rumor collection, and since that time there has been a whole lot of new information, so again, we'll make one article for it all. Without further ado, let's get started.

John Gruber's predictions on the next iPhone:

John Gruber from Daring Fireball has a fairly good track record when it comes to predicting upcoming Apple products; after all, he did speculate the aluminium MacBook and MacBook Pros, so when he speaks, we listen. He's given his thoughts on Apple supposed refresh of the iPhone, regarding specifications and things of the like. What does he have to say? Well, he expects that the list that Neowin published not long ago is pretty accurate. We won't elaborate on this; it's all in the previous post, so it's best to read that instead.

To add further fuel to the fire that a 32GB iPhone is coming, T-Mobile Austria accidentally showed (and quickly removed) an entry for such a device, according to iPhone Buzz. 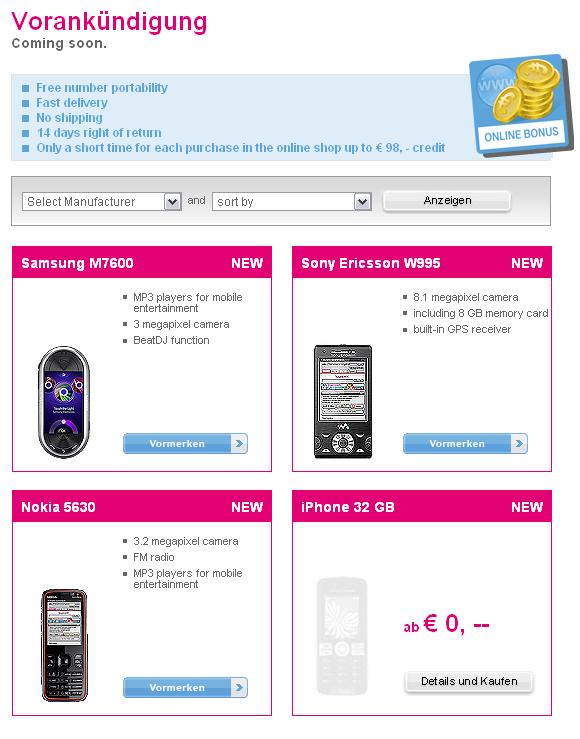 Again, there's not much else to report on this, so we'll leave it at that.

There's been many rumors about a magnetometer that will be supposedly included in the upcoming iPhone. A magnetometer is essentially a digital compass, and will aid in telling applications on the phone the direction that the user is facing. This could be handy, for example, in the Maps applications.

The source behind this rumor is that a few people with access to the 3.0 beta of the iPhone SDK has uncovered some headers named 'compass'. According to AppleInsider, "the files identify Asahi Kasei's azimuth sensor No. AK8973, a 16-pin leadless IC package measuring 4mm square and 0.7mm thick, as the chip that will help future iPhone users determine their direction. It bundles a master clock oscillator."

The company has been a previous supplier of components to Apple devices, so this is hardly surprising at all. T-Mobile's G1 smartphone has had such functionality for a long time, so that's more reasoning for Apple to do the same with their own device.

Mobile iTunes Store to get access to movies and TV shows:

A website named Open Salon has posted up some screenshot of the iPhone version of the iTunes Store, which reveals new categories for movies and TV shows. There's not much to say about this either, but we've included some screenshots below (the rest you can find on the source website). 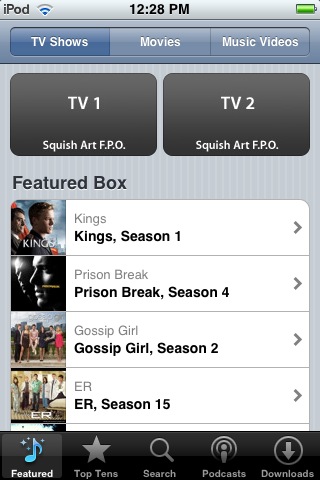 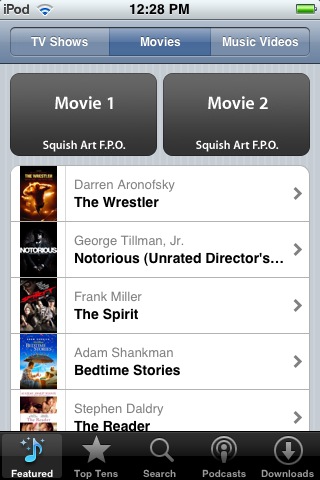 Multiple companies low on stock of the iPhone 3G:

As AppleInsider is reporting, AT&T and Vodafone Australia are both low on stock for the iPhone 3G, and AT&T are now offering refurbished products. One customer looking to purchase from AT&T stated, "I just got off the phone with AT&T regarding the death of my wife's iPhone and the customer service rep informed me they are no longer selling new iPhone 3G. They have refurbs for sale."

This is a similar situation to what happened before the 3G itself was available, and Apple is also offering it through its own website, something which also happened before the release of the current iPhone. We're a bit skeptical of this, though: AppleInsider wrote, "AT&T spokesman Brad Mays denies any shortage and claims that sales representatives provided incorrect information, but doesn't elaborate further."

Regarding the Vodafone Australia situation, it appears that they have been told the iPhone 3G is now "End of Life", and there is only a couple weeks worth of stock left. It's perhaps also worth noting that Telecom New Zealand has posted on their Twitter account, "We are in negotiations with Apple... we are very focused on the 3rd gen iPhone.. we will keep u updated."

All pretty standard stuff, but the WWDC isn't far off, so we'll see how truthful these are pretty soon.