It’s been over three years since the Nintendo Switch first came out. In that time, a lot of accessories have been released, but even so, dock replacements are few and far between.

Nintendo’s angle with the Switch is all about being able to choose between playing on a big screen TV or the small screen on the Switch itself, but the included dock is massive, which is especially annoying because it’s mostly hollow plastic. That makes it very hard to take to a friend’s house or on vacation. Of the number of docks out there, many have caused the Switch to stop working altogether, so there hasn't been much to choose from.

Human Things - who you may remember from the Genki Bluetooth audio adapter it launched on Kickstarter a couple of years ago -, has come out with its own solution, the Genki Covert Dock. Like the audio adapter before it, the Covert Dock was launched as a Kickstarter campaign. The difference this time is that I personally backed it, so now I have it in my hands to review. 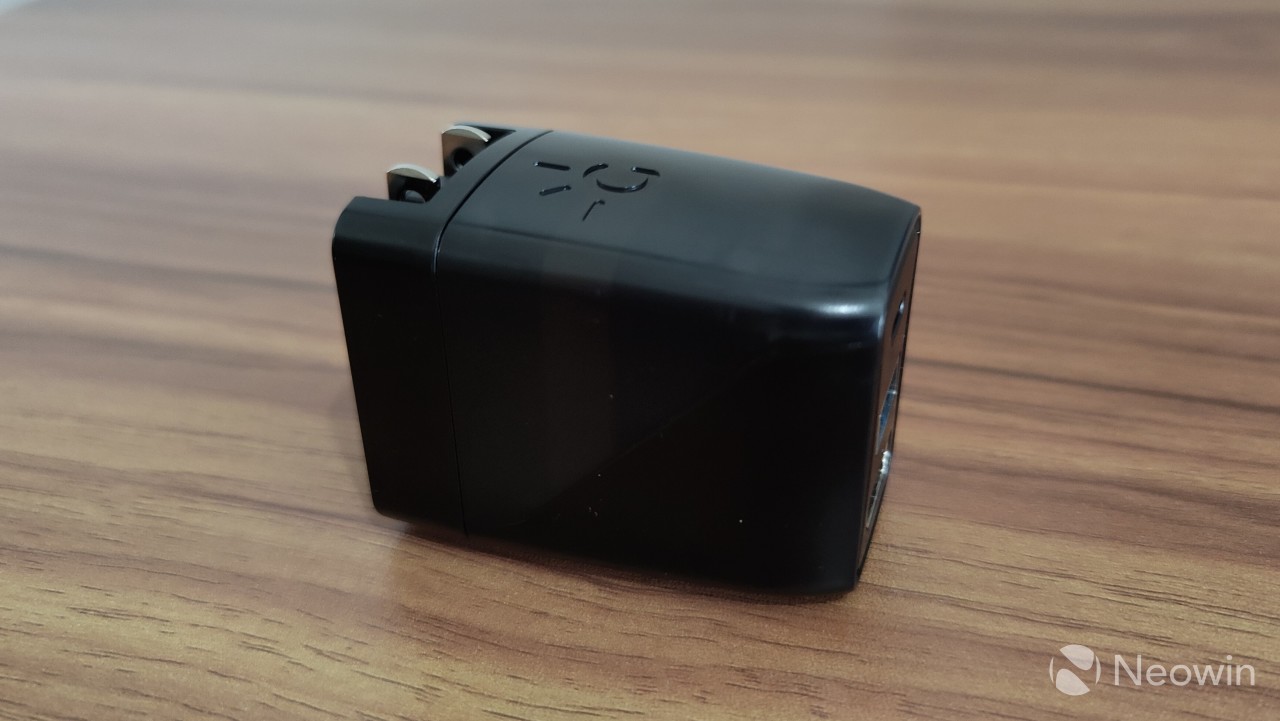 The Kickstarter campaign is now over, but the Indiegogo page seems to still be active, and you can get the Covert Dock for $59 plus shipping. Throw in $10 more and you get the Global Ops kit, which includes outlet adapters for a few regions. Weirdly enough, you can also pre-order it on the Genki website, and that indicates that the final price will be $74.99. It's not very clear whether that includes the travel adapters, since they are not listed for sale separately.

Before we do that, let’s talk about third-party docks in general. As I mentioned before, many users who have tried third-party docks for the Switch ended up with a bricked console. My first time hearing about this was from Bob Wulff’s video on the issue, and that video focused on the idea that the Switch’s power delivery chip didn’t adhere to official Power Delivery standards, meaning that third-party chargers -which don’t have information about Nintendo’s implementation of charging - used regular PD chargers that bricked the console.

However, an electrical engineer from the Genki team wrote an elaborate post on Reddit explaining other reasons that are more likely to actually cause this problem. As it turns out, the Switch does actually have a chipset that officially supports PD standards, and the bricking issues have more to do with the dock itself or the included charging cable. In an attempt to cut down costs to make docks cheaper, some third-party manufacturers may use cheaper USB Type-C connectors that break easily, cables without a 56k ohm resistor, or not include dedicated PD controllers to determine how much power should be delivered to the Switch.

If you’re into the technical details, I recommend you read the full post to get an idea about what causes these issues. That said, what it comes down to is that for the docking mechanism to be safe, every part of it should be high-quality, which often isn’t the case. The post even recommends something like the Insignia dock which you can get at Best Buy, as the post was written before the Genki dock was available to buy.

More recently, the aforementioned Bob Wulff went through the trouble of testing multiple third-party docks with a voltmeter to determine how they deliver power to the Nintendo Switch. The Genki Covert Dock wasn't available at the time, but it seems as though third-party docks (including the Insignia) can't deliver power in quite the same way, especially in sleep mode.

Whether that's enough to cause damage isn't completely clear, but it's possibly not the behavior Nintendo had in mind, and so there's some degree of risk. I've personally tried to avoid leaving the Switch in sleep mode while connected to the Covert Dock, but the few times I've forgotten to unplug it - though only for a few seconds - didn't seem to have caused any damage. The aforementioned Reddit post does mention that a power delivery chip should be able to handle some inconsistencies in power draw, and the Genki dock appears to support the same voltages as Nintendo's official Switch charger (5V and 15V) with only the amperage being different.

The Covert Dock package comes with a few things like the dock itself (which uses U.S. outlet prongs), an outlet adapter depending on your region, and the USB Type-C cable to connect to the Switch. If you get the Global Ops kit, you'll get outlet adapters for major regions - Europe, the UK, and China. There's no HDMI cable in the box, though, so you'll need to provide your own. 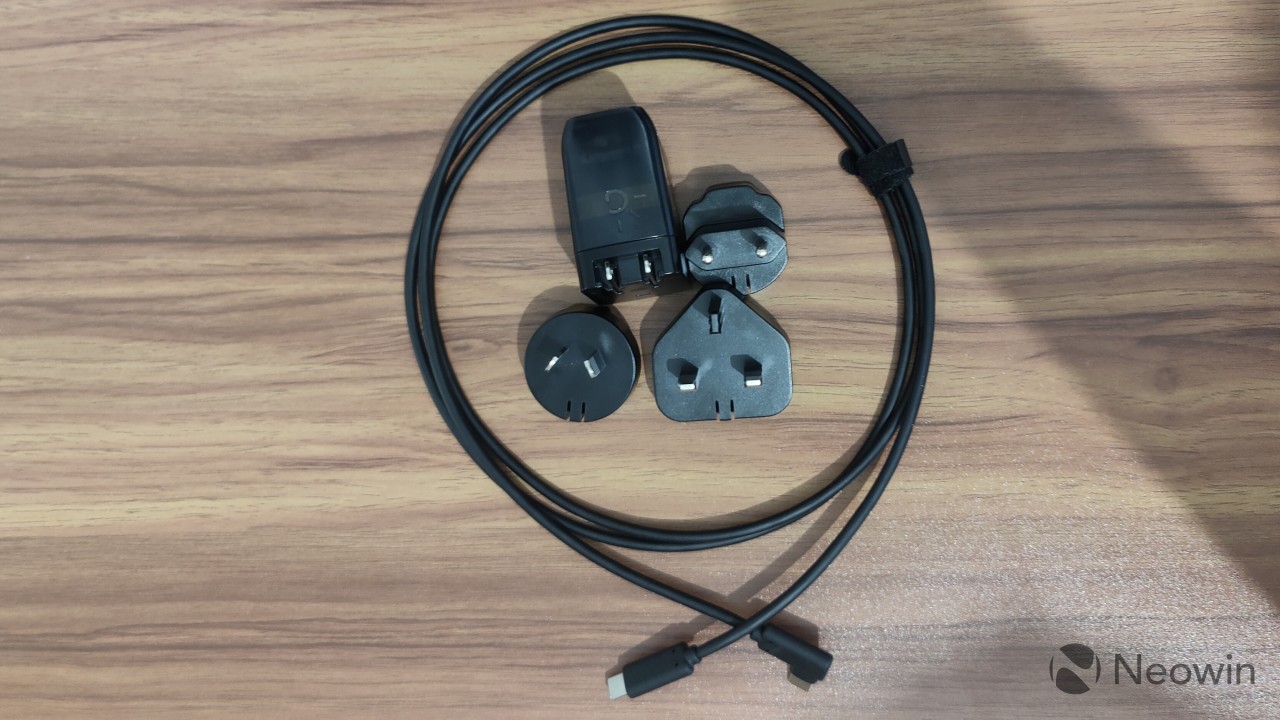 Probably the most appealing and surprising thing about the Covert Dock is just how small it is. Genki says it’s just 8.9% of the size of the regular dock, and it’s actually even smaller than the Switch’s power adapter alone. The way Genki achieved this was by adopting gallium nitride over silicone, allowing the dock to run much more efficiently and cooler. 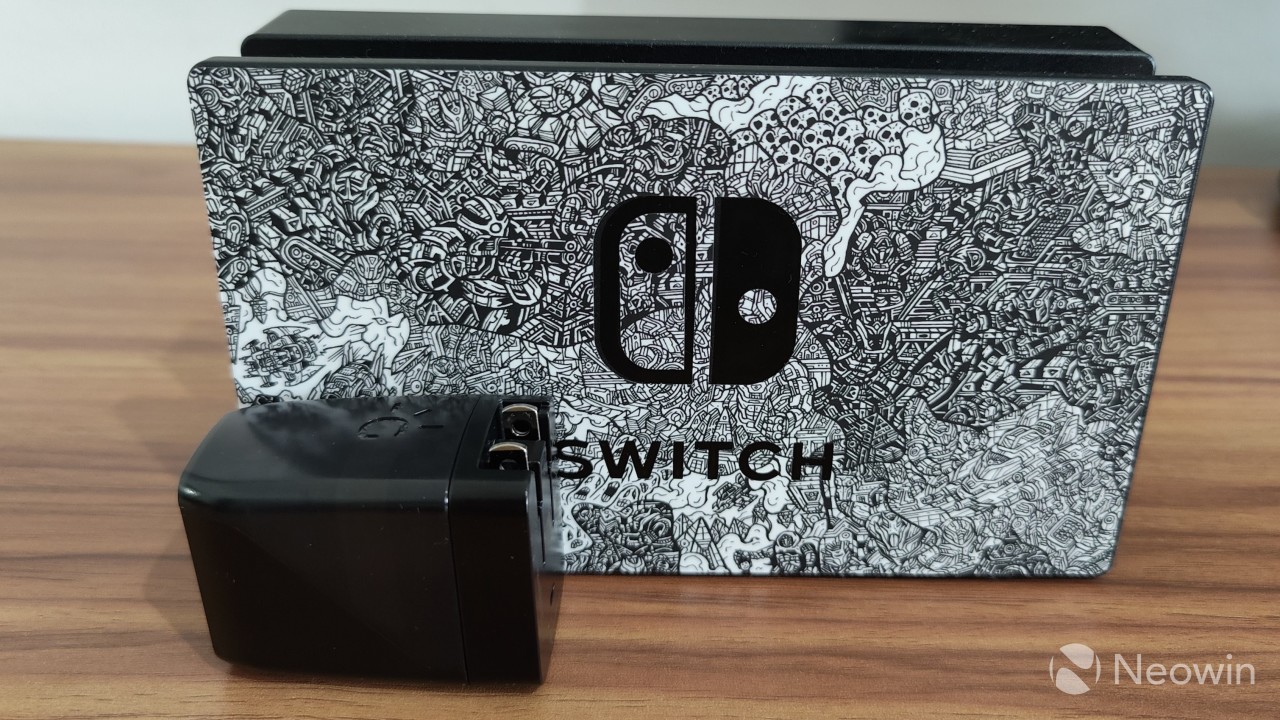 It’s incredibly small already, and to make it better, the outlet prongs fold into the main body of the dock itself to save even more space. What's more, if you get the global outlet adapters, they're actually designed so they fit into the U.S. prongs while they're folded up, so you're adding even less to the bulk of the whole adapter. This is inspired by Apple's implementation of global power adapters, and I find it very ingenious. 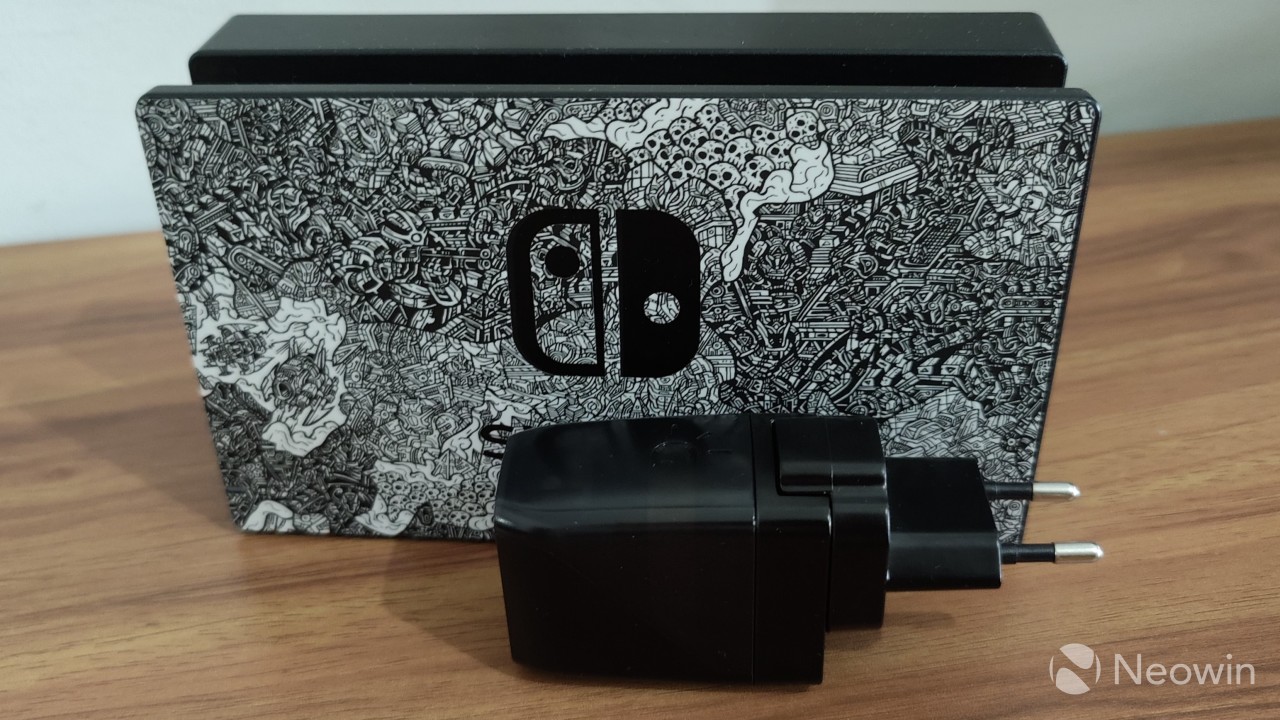 I haven’t yet had the chance to take the Covert Dock with me on a long trip, but I’m looking forward to seeing how much easier it is to pack. The original dock took up a significant portion of my bag when I had to carry it, and I also had to stuff some clothes in the space where the Switch usually goes because I was afraid it might break with all the tumbling. Taking the Switch to a friend’s house also becomes much easier with this.

Given its size, the Covert Dock does lose some features over the official one. There’s only one USB Type-A port instead of three, and of course, you can’t just prop the console on the dock, you actually have to plug in the USB Type-C cable. Compare that to the Insignia dock, though, and while that one does hold the Switch upright, it has the same number of ports, a slower USB Type-A port (USB 2.0 instead of 3.1), and it's significantly larger. The Covert Dock has an impressive feature set given its portability. 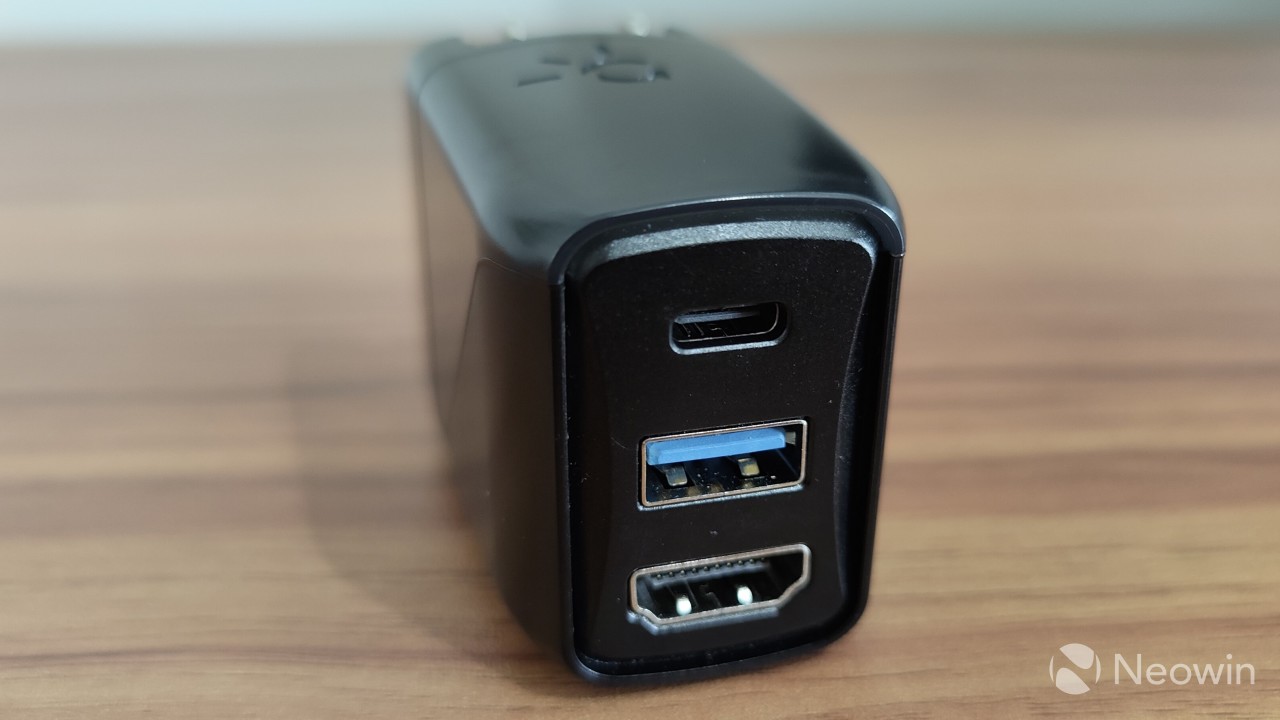 I mainly used the Covert Dock while playing on my Switch on my office desk, particularly for streaming, which I do on Mixer whenever I feel like it. The trouble of moving the original dock between my living room and my desk meant I usually only streamed from my living room, and that meant I would have to wait until that room was free to use. Now, it's much easier to just start streaming. I'm using the Covert Dock and Razer's Ripsaw HD Capture Card by the way, since the Covert Dock doesn't have built-in streaming. It all works fine, much like with the official dock.

Connecting the dock is a pretty simple process, as it should be. Plug the USB Type-C cable into both the Switch and the dock, and the HDMI cable from your TV or monitor into the dock. The USB cable comes with a 90-degree connector at one end, so if you happen to have the Switch or the dock in a tight spot, that will help.

As far as projecting to the bigger screen is concerned, that does seem to take a little longer compared to the original dock, but once connected, everything feels just fine and works as intended. Once the game was on the external screen, I couldn't see any noticeable input delay or lag.. 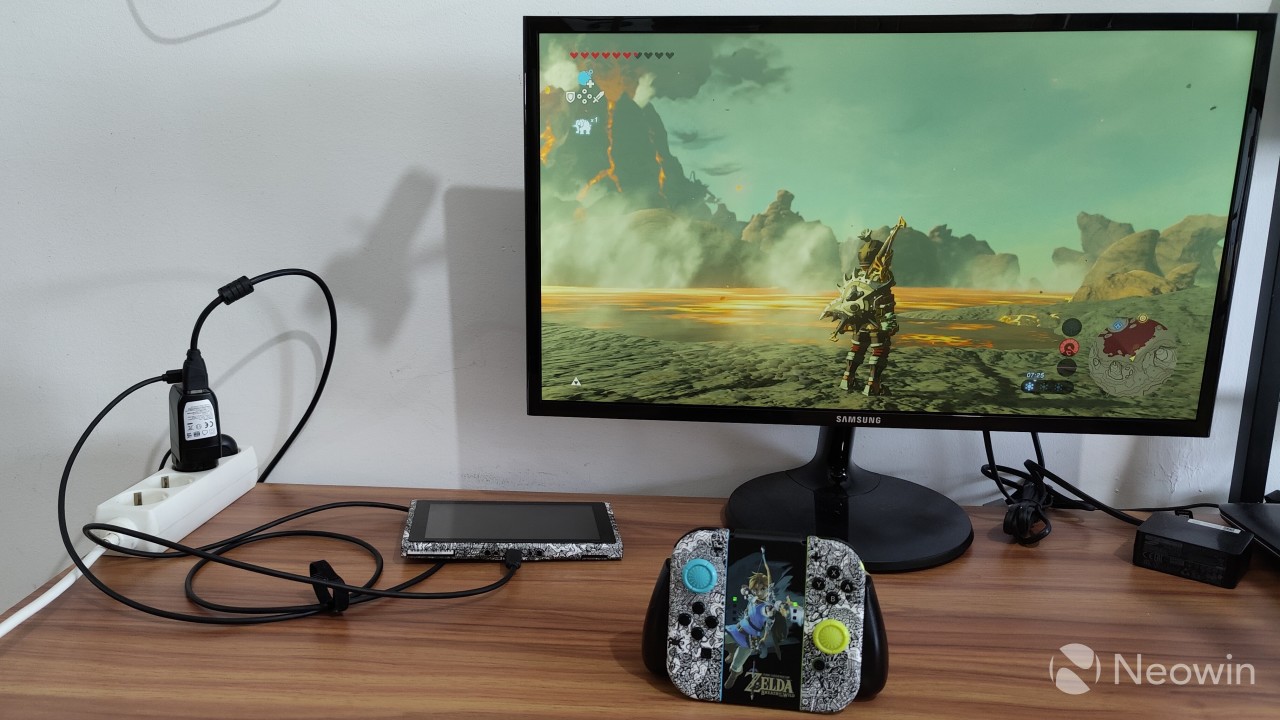 One concern with not having a stand for the Switch is that you have to be careful not to block the air intake vents, which is one of the reasons the dock exists in the first place. In order to get the increased resolution and frame rates that docked mode usually gets you, Nintendo assumes the airflow won’t be disturbed as it might be in handheld mode, so you’ll want to keep that in mind. Placing the console face down on a surface might help, or you can do what I did and get a play stand like this one from Hori, which has plenty of space for the USB cable to connect to the Switch. It also has some cutouts that align with the Switch's intake vents, and I haven't noticed the Switch getting any warmer using the Covert Dock in this setup compared to the official dock.

That USB Type-A port is actually meant for accessories, and it appears to work as you'd expect. I plugged in my 8BitDo Wireless Adapter and used my Xbox One controller just fine with the Switch, and there are likely more accessories you could use with it. 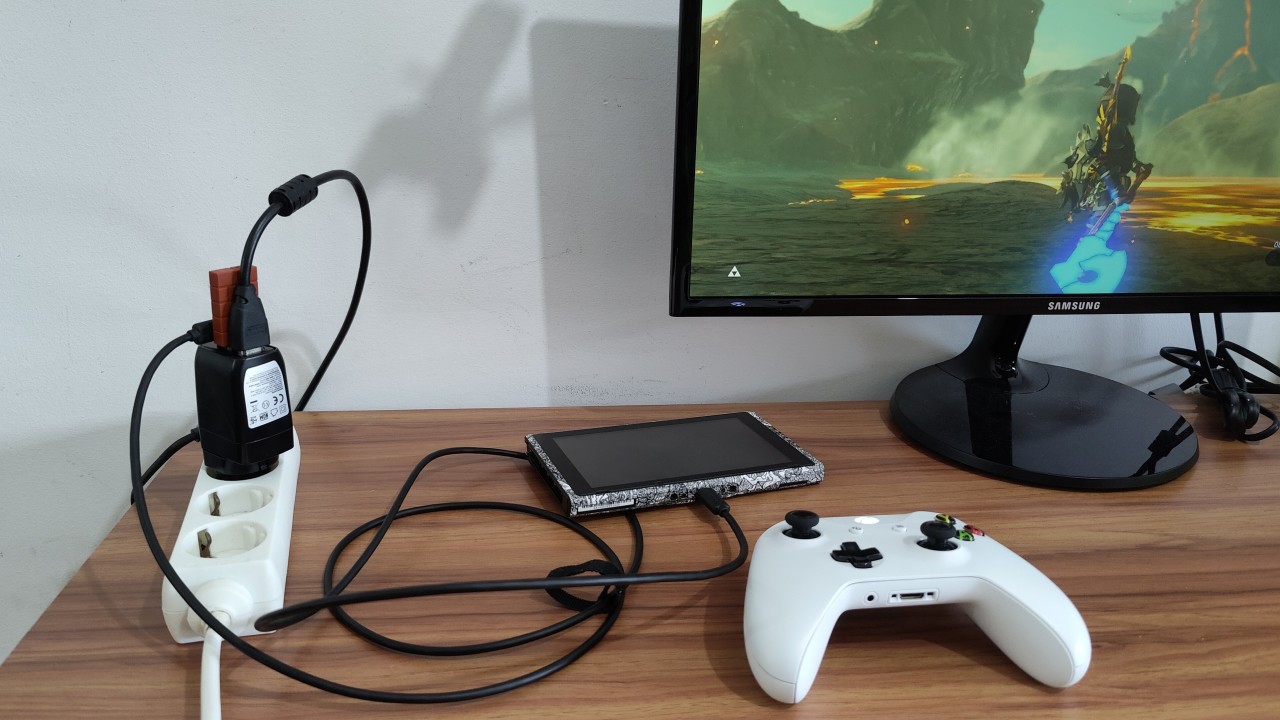 A great thing about the Covert Dock is that, while it's mostly geared for Switch users, you can use it with phones and tablets too. It can charge these devices, but also connect them to a bigger display.

I've personally tried it with a couple of Android phones for gaming, and it works pretty well. In terms of charging, it supports 10W (5V-2A), 21.96W (9V-2.44A), and 24.9W (15V-1.66A) outputs from the USB Type-C port, plus 5W (5v-1A) from the USB Type-A port. I did try plugging this into a Windows laptop, but it made a constant hissing noise when the HDMI cable was plugged in, and it simply didn't work at all. To be fair, the laptop typically uses a 65W charger, which is far beyond what the Genki Covert Dock was designed to output. The company does say it should work with the Surface Go or a MacBook Air, though. 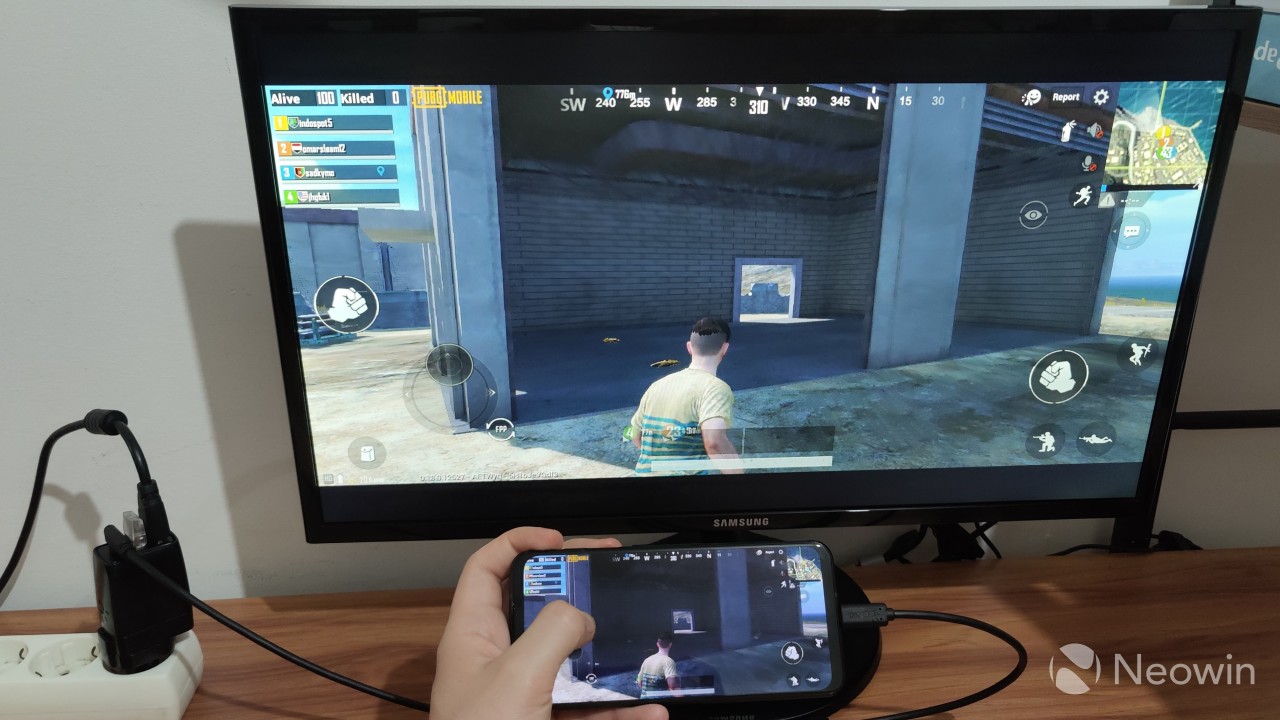 Of course, you can also use the USB Type-A port to connect accessories for the phone or tablet you're using. This includes wired keyboard and mice, as well as external storage. Not every phone will work with the dock, at least in my experience. The RedMagic 5G and OPPO Find X2 Pro worked with everything when I tried them, but the TCL 10 L only supported the display output and external storage when I first plugged it in. In subsequent attempts, it just didn't work at all, which I can't find an explanation for since every other device works just the same as before.

I absolutely adore the Genki Covert Dock, and it's radically changed the way I use my Switch. Being able to connect it to any screen I want with such a small device is very nice, and it's saved me a lot of trouble moving the official dock around.

At $74.99, it's absolutely expensive, especially when you consider the Insignia dock from Best Buy costs just $49.99 and includes an HDMI cable. But the portability of the Covert Dock is hard to match, and even the outlet adapters are designed to save the most amount of space possible, which is impossible not to admire. Plus, you get to use it with other devices aside from a Switch, making it a great tavel companion for other purposes, and something that could outlive the Switch itself. At the time of this writing, you can still get it from Indiegogo for $59, which makes it a much better deal.