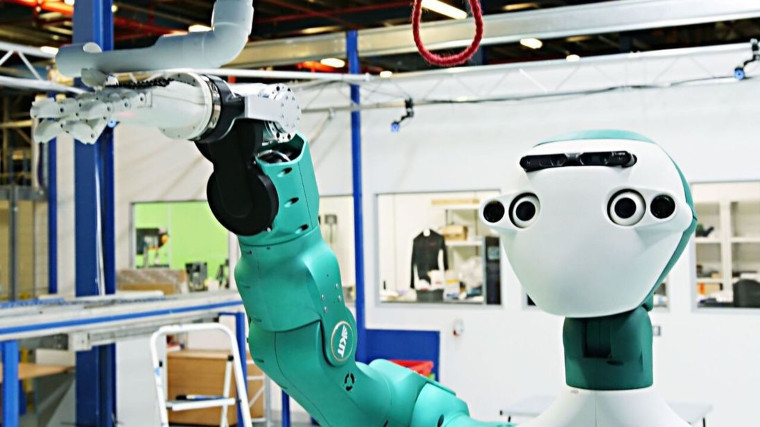 British online supermarket company, Ocado, wants to have the SecondHands robot operating in its warehouses in a bid to reduce the reliance on physical labour from its human technicians.

The SecondHands robot is an EU-funded project which is being worked on by 5 European and British universities. Some people have been referring to it as the C-3P0 robot as it has a humanoid torso, a head with eyes, and two arms with hands; the resemblance to C-3P0 stops there. SecondHands is on wheels and is a relaxed turquoise colour as opposed to the brilliantly shining gold Star Wars character shimmying around on his awkward legs.

Ocado will firstly be doing a number of tests with SecondHands to see how best the robot can be used and integrated to support their warehouse staff in doing menial tasks, such as heading across the room to fetch a screwdriver, for instance.

As is often the case with any robotics development, Ocado insists that the move will not replace any human workers, it will merely assist them with their current job and that the technicians will work with the robots as a pair. These statements, on the whole do fly in the face of projections by some experts that automation will lead to significant numbers of people losing their jobs.

With that being said, SecondHands does seem to be a step forward in robotics; as the machine can understand basic phrases, move around a warehouse floor independently, appears to be able to learn from its environment, and who knows how skilled with its hands it may become as it learns. It may very well automate the mundane parts of the technician's job.

Earlier this year we covered Ocado's work with Oxbotica in developing a driverless van for home deliveries. With the addition of SecondHands it seems Ocado is amongst the companies embracing and perhaps even slightly leading in automation.