In January, when it looked like the SOPA and PIPA bills were going to be passed by the US Congress, thousands of websites banded together and created a "blackout" for one day as a protests against these bills. The effort worked; both SOPA and PIPA were put on hold indefinitely.

Now some of the same people who helped organized these blackouts are getting together again, this time with heroic branding, practically out of a comic book: behold, the Internet Defense League. According to an article on AllThingsD.com, the purpose of the League is to be a kind of advance warning system to the Internet community for threats that might affect the Internet. 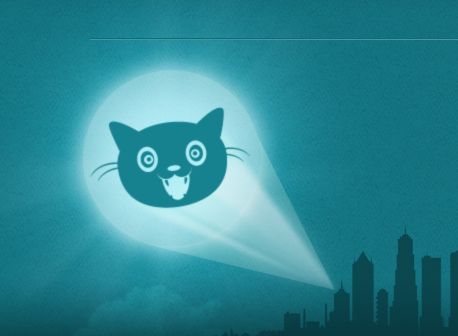 The League has been launched by the non-profit group Fight for the Future, which has Reddit co-founder Alexis Ohanian as one of its main organizers. Besides Reddit, other websites that have joined the league include WordPress and Imgur. The group is using a "cat signal" as its logo and says that signal will go up when the group feels a threat to the Internet is at hand. The website states, "The next time there’s an emergency, we’ll tell you and send new code. Then it’s your decision to pull the trigger."

The group will make a more formal announcement about its formation later in June, when Congress is back in session.