Yesterday, Apple held its highly anticipated event at the recently completed Steve Jobs Theater, where it not only unveiled the iPhone 8 and 8 Plus, but also a brand new bezel-less iPhone X which will ship in November. 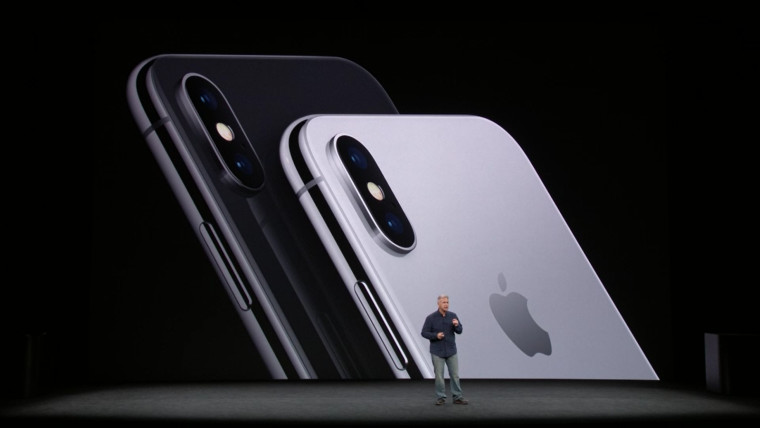 With that said, many balked at the price tag, which has been rumored for some time now. However, in an interview with CNBC, IHS Markit Senior Director of Mobile and Telecom Ian Fogg noted that the firm remains quite bullish on the new high-end device, noting that consumers will be willing to look past its hefty price tag:

"[It will] still sell in enormous volumes because Apple has repeatedly demonstrated its ability to persuade consumers to shift their overall spending to place a greater share of their disposable income towards a smartphone purchase."

Beyond that, Fogg noted that Apple has an edge in the growing AR space, thanks to the hardware and software integrations across its range of new devices baked into iOS 11, giving Apple a head start over its Android competitors that offer their own solutions:

"Apple will gain a significant time advantage over Google and Android-based OEMs where there are numerous camera designs in use, and AR support will take much longer to roll out across the Android installed base because the sluggishness of Android OEM software update cycles.

As a result, Apple will have a long window to use AR experiences to market iPhone hardware and drive additional sales before Android catches up in late 2018."

Apple launched its ARKit development platform earlier this year, and at the event yesterday it expanded on this with developers pledging their support for the platform. The Machines, which was showcased on stage, showed likely consumers what the experience should be like once the iOS exclusive launches, resembling how Microsoft showcased Minecraft for Hololens.

With Augmented Reality still being in its infancy, generally speaking, it remains to be seen how much of an impact this will have on actual unit sales.

The iPhone X pre-orders will open on October 27, and deliveries can be expected on or after November 3. The new device sports a nearly bezel-less design, using a revolutionary new FaceID implementation to replace the traditional home button. The device will start at $999 and will come with 64GB storage, or $1,149 for 256GB storage.

For those looking for a more familiar, affordable experience the iPhone 8 and 8 Plus will start at $699 and $799 respectively, with two storage options available at 64GB and 256GB. These will ship on September 19, with pre-orders starting on September 15.