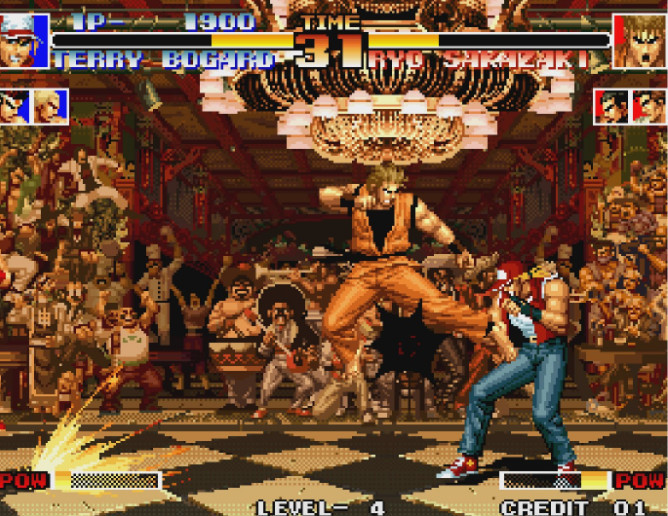 For the past couple of weeks, the Xbox One has seen great retro titles released for the system. This week another Neo Geo classic has arrived.

In 1994, The King of Fighters '94 hit the arcades making it the first title in what would become a long-running series that would span close to two decades. While fighting games were flooding the arcade market during this time, SNK would bring a refreshed look by offering players a team of fighters and a character roster that would pull from two previous Neo Geo series: Fatal Fury and Art of Fighting. The title was later released on Neo Geo home consoles and has even seen a re-release on the PlayStation 2 in Japan.

The King of Fighters '94 can now be purchased on the Xbox One. Prices will vary depending on your region but it is priced at $7.99 in the US. If you are interested in other retro titles, you can also check out Neo Geo classics like World Heroes, Neo Turf Masters, Metal Slug, and NAM-1975.