If you like pinball, now's a good time to be around. Not only are there new companies still making top-of-the-line physical machines for the purists, but Zen Studios has been doing a great job cornering the virtual pinball world. Best of all, their release cadence has been fast this year, providing a lot of different types of tables for gamers to enjoy, from The Walking Dead (which we reviewed earlier), to South Park, to Star Wars and more. In addition, Zen Studios was the first company that allowed products purchased on the Xbox 360 to port over to the Xbox One, free of charge.

The latest table by the company is in the Marvel universe and is based on Spider-Man's arch-enemy, Venom. For those who don't follow the comic very closely, Venom is an alien symbiote that takes over a lifeform, making them evil and controlling their will. Its first host was Spider-Man himself, but the webslinger was able to fight it off. For this pinball table, the symbiote has taken control of Eddie Brock, but aside from a few one-liners in the game, this level of detail is unimportant.

The Venom table has a couple of very unique features that set it apart from others. The first is that there is a second, elevated playfield with three extra flippers near the top of the table. From up here, you can hit a "wallcrawler" ramp, ignite the Statue of Liberty's torch, as well as hit some targets. There's also a target that is used to capture Carnage after he escapes. 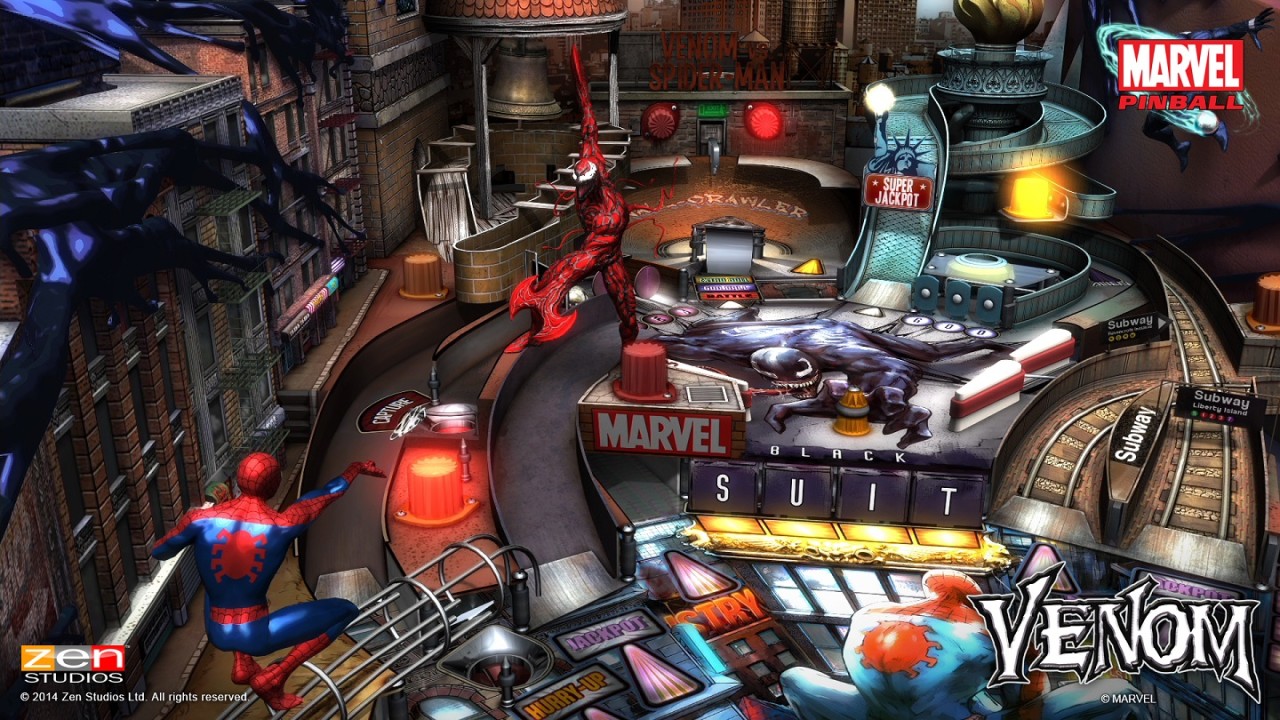 The second unique feature of the table are the drop targets that spell the word "SUIT." Dropping two of the letters reveals a ball lock, while dropping all four activates "anti-venom" that prevents the ball from draining along the sides. This is harder than it sounds, because your flippers control which drop target is active, and hitting a target that isn't active resets all of them, forcing you to start over. In addition, when you don't get an exact hit on a drop target, the ball has a high probability of hitting the outlane, which will probably frustrate many novice users. 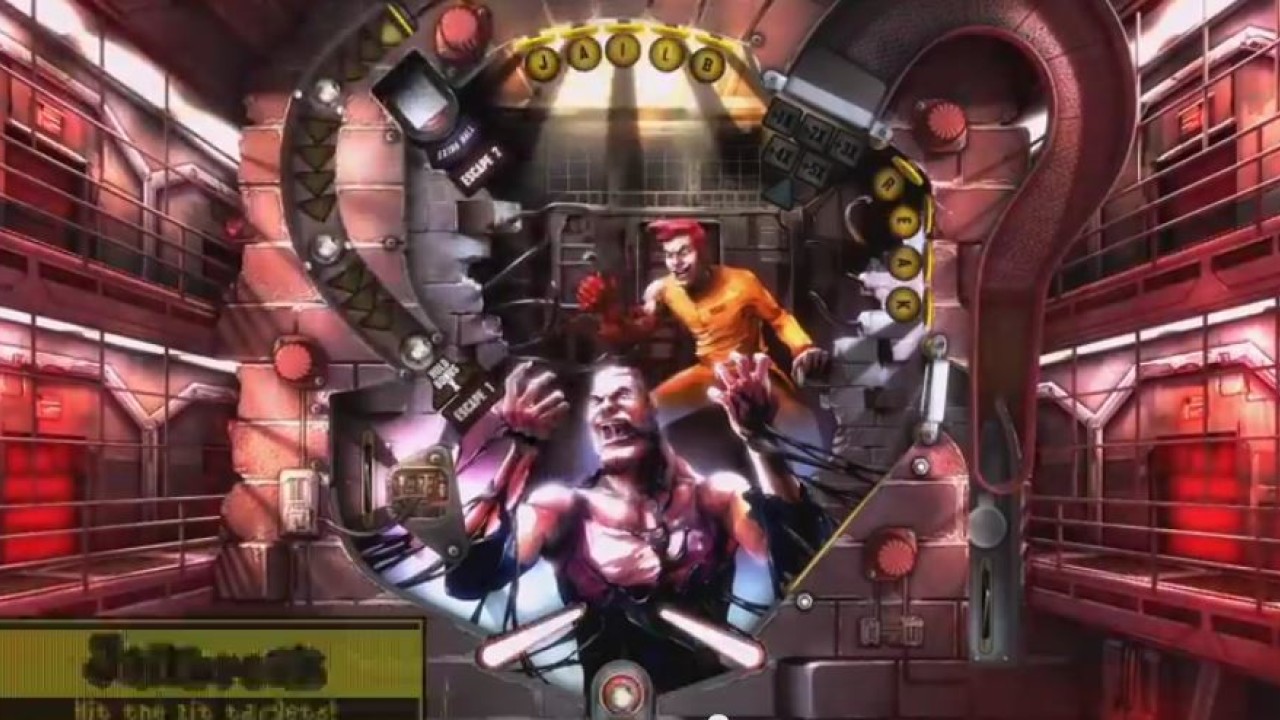 In addition to Venom, there's also a cage that's keeping Carnage prisoner. In the comics, Carnage is an offspring of Venom who, unlike Venom, has no sense of morality. Players can free Carnage from his cage by hitting the subway ramp that loops underneath the flippers a total of seven times. This unlocks a new table area where Carnage explains how he escaped from prison. Once you hit the targets that spell JAILBREAK, then hit a few ramps, gameplay resumes on the main table where Spider-Man and Venom team up to put Carnage back in the cage, scoring big points for the player. 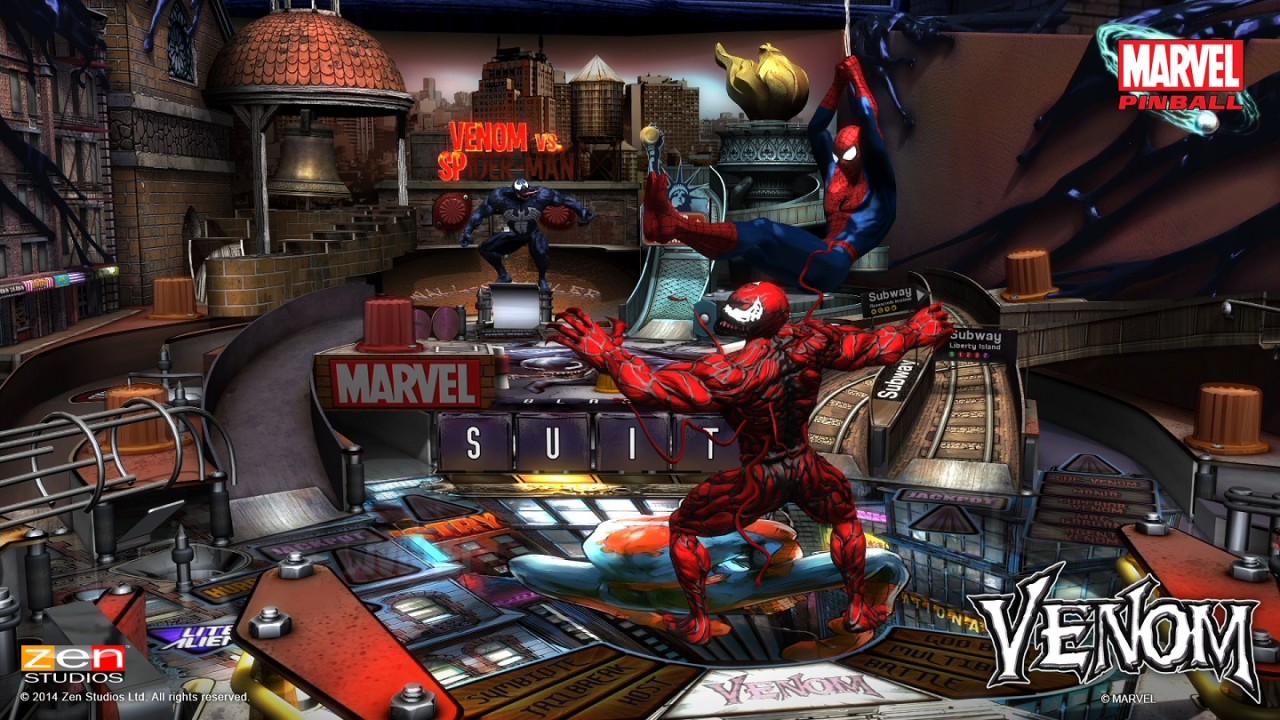 This brings up the main negative of the table: Freeing Carnage is extremely simple and repetitive because once you hit the subway ramp, the ball is always ejected the same way: The ball is spit out, hits your right flipper, bounces to the left flipper, where the player can easily hit the ramp. Wash, rinse, repeat.

Aside from the Carnage shot, the rest of the table is extremely challenging and relatively low scoring. After roughly twenty plays, my high score was a mere 51M, and my second highest score a paltry 20M. Each time I play, I find new targets to hit and new modes to attempt to unlock. This helps keep things fresh, but novice users will probably prefer a more accessible table, especially since it's really easy to hit the outlanes and drain your ball on this table. 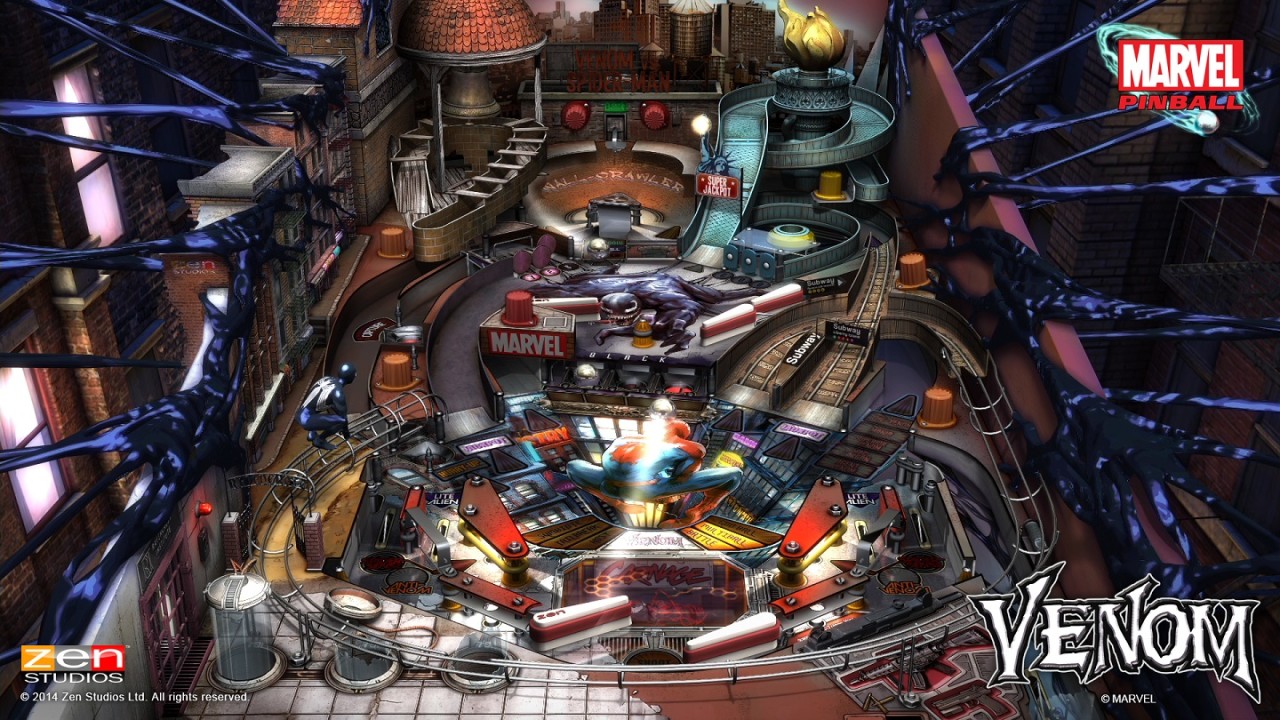 The Venom table is currently available through Xbox Live for $2.99. It's also available on the Playstation 3 and Playstation 4, as well as the PS Vita, Wii U, Android, and Steam.