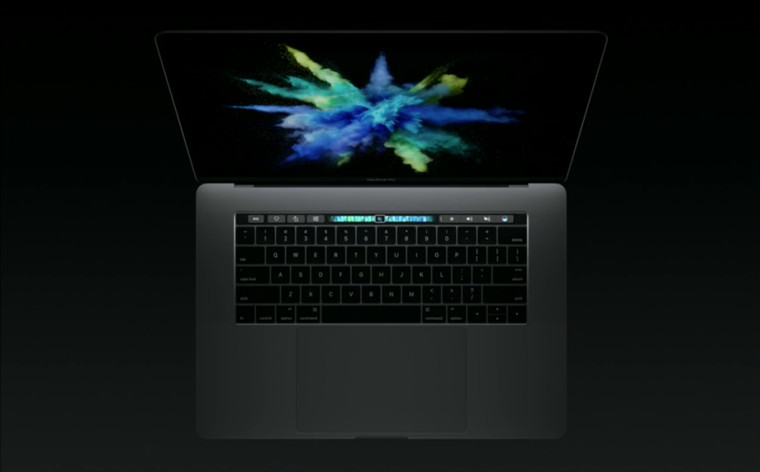 The MacBook Pro is argued by some to be the pinnacle of what a laptop should be. That hasn't stopped Apple from improving and iterating its flagship notebook every year. This year's refresh brings with it a thinner and lighter frame but also more substantial improvements in terms of ergonomics, security and a whole new way of interacting with your notebook via the Touch Bar.

In terms of ergonomics, the refreshed MacBook Pro, which comes in both 13- and 15-inch models, is only 14.9mm thick, compared to last year's 18mm. With a 23% smaller frame, the device is expected to weigh only 3 pounds. The Force Touchpad has been enlarged to 2 times the surface area and the keyboard has been improved with a second-gen Butterfly mechanism. 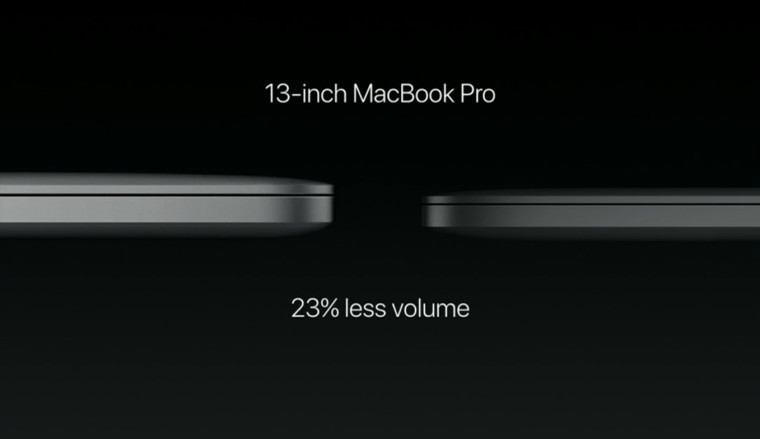 The big new addition to the device, though, is the multi-touch strip at the top of the keyboard - dubbed the Touch Bar - in place of the function keys. Worry not, though, as they are still accessible on the Touch Bar by pressing the Fn key.

Via the new Touch Bar, users have a whole new means of input, allowing them to access various controls and options without needing to leave the keyboard. The options available in the Touch Bar adapt based on the application open at the moment and can also be customized based on the user's preference. While it might be especially useful for changing quick settings like volume controls, the Touch Pad can also be used in a more significant way to improve your workflow. To illustrate its utility, Apple demoed the many ways in which you can use the Touch Pad to input different commands in applications like Photoshop or Final Cut Pro to quickly make significant changes without having to access cumbersome menus. 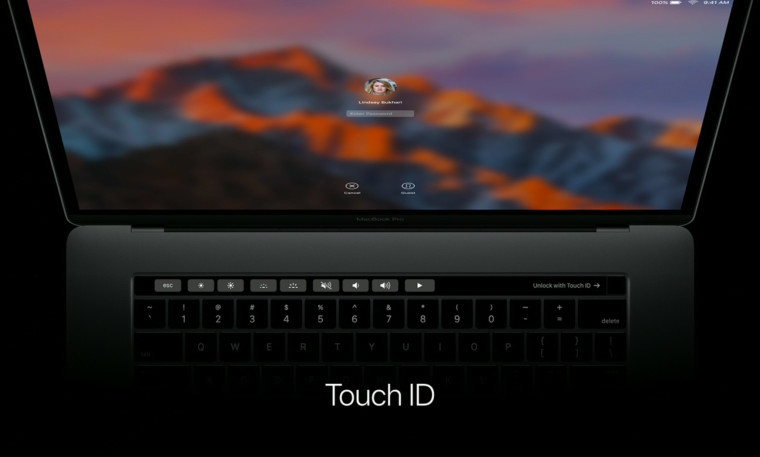 Next to the new Touch Bar is a second-gen touch sensor on the power button, bringing Touch ID to the MacBook. Users sharing a device can also easily and automatically fast switch between profiles by simply placing their finger on the touch sensor.

Under the hood, the 15-inch model is powered by a quad-core 6th-generation Intel Core i7 processor paired with high speed memory, while the 13-inch model comes with the option of either a dual-core i5 or i7. Graphics performance has also been improved via more powerful Radeon graphics (in the 15-inch model) and Intel Iris graphics (in the 13-inch model). Both models also come with high speed SSDs with up to 2TB of storage and an improved bit rate of 3.1 GB/s. 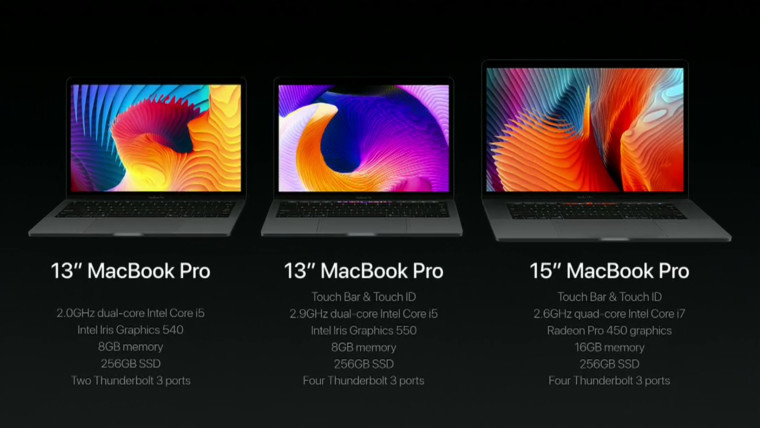 With the improved graphical fidelity of the MacBook Pro, and the Thunderbolt 3 ports included in the device, Apple claims users can power as much as dual 5K monitors alongside the notebook's own Retina display for the perfect work setup. The Thunderbolt 3 ports come with all the benefits of USB Type-C, and can also be used to charge the device.

The 13-inch model will come in two configurations, starting at $1,499 and $1,799. The lower-end model will not feature the new Touch Bar and will instead have the normal function keys. The $1,799 13-inch model and the 15-inch models, starting at $2,399, however, will include the Touch Bar. Apart from that, the only difference between the two 13-inch configurations is in the I/O, with the cheaper model featuring only 2 Thunderbolt 3 ports instead of 4.

The 13-inch non-Touch Bar version is available for purchase right away while the Touch Bar configurations will become available within 2-3 weeks.