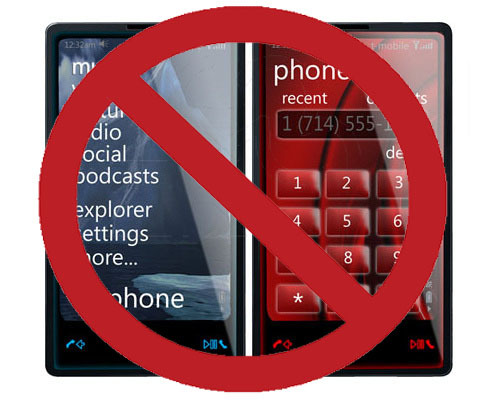 Gizmodo claimed yesterday that the "Zune Phone" would debut at the Mobile World Congress conference in two weeks time.

MuyComputer claims that Microsoft intends to introduce the phone which has a 480 x 272 screen, HDMI video out, and weighs around 2.45 ounces (70 grams). The Spanish blog could be correct that Microsoft plans to introduce a company branded device but it will not be manufactured by Microsoft or referred to as the "Zune Phone".

Last week, references to 'Turtle' and 'Pure' devices were found in the latest Zune software update. These devices were originally revealed as Microsoft's "Project Pink" devices back in September 2009. "Project Pink" is an internal name used by Microsoft to refer to a set of devices built from the Windows Mobile 7 framework and Microsoft branded but not Microsoft manufactured. Recently, Microsoft employees and Danger employees (a company Microsoft acquired in 2008) have been Tweeting #tmdp which could be a reference to "Project Pink" as the Tweets all say "From Danger". When Neowin questioned Microsoft on the findings a spokesperson refused to speak about the references, simply stating "we do not have any comment at this time."

A Microsoft spokesperson confirmed last week: "we have no plans to create a Zune phone." The spokesperson also stated that one day Zune could be "part of the phone experience" but added there had been no announcements by the software giant regarding how or if that would happen. Looking into this statement further, the hint at "part of the phone experience" could mean Windows Mobile 7 coupled with Zune integration is on the horizon. Neowin will be live at Mobile World Congress to bring you the latest announcements on Microsoft's mobile future.