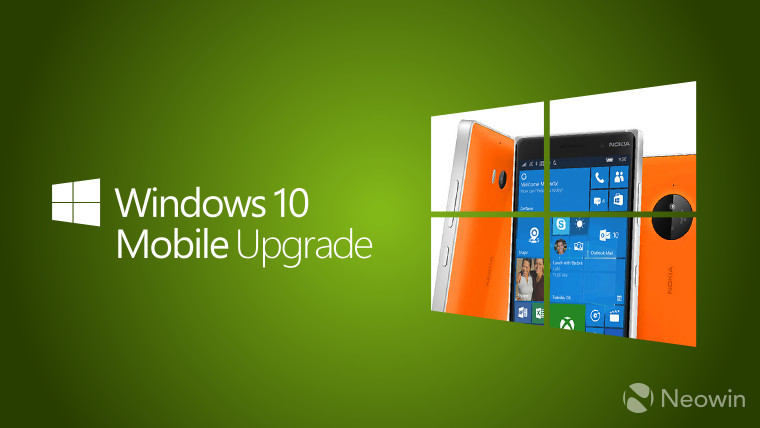 When Microsoft released Windows 10 Mobile yesterday, it was pretty easy to spot the devices that were missing from the list of which handsets would get the upgrade. The list was missing devices with a Snapdragon S4 chipset, with 512 MB RAM, and the Nokia Lumia Icon.

Of course, this was no surprise. Since the very beginning, it was apparent that the upgrade would come in two waves: the first being for newer Windows Phone 8.1 devices and the second being for Windows Phone 8 devices and others with 512 MB RAM. Indeed, in a statement to Neowin last July, Microsoft said that ten Lumia handsets it had mentioned on its website represented only an "initial list" of devices that would get Windows 10 Mobile, and until yesterday, its site continued to state that those handsets would be the "first" in its range to be upgraded.

The second wave was to come a few months after the first, and had the first wave rolled out when Microsoft had originally promised, we would most likely be receiving that second wave right around now.

Unfortunately, the second wave is not coming. The devices that were on the list yesterday are all of the Lumias that will be upgraded to Windows 10 Mobile. To reiterate, don't expect to ever see Windows 10 Mobile if you have a device with a Snapdragon S4 Plus, 512 MB RAM, or a Nokia Lumia Icon.

@hpityu There are no plans for a second wave. ^JH

Of course, plans change. Microsoft originally promised to upgrade all Windows Phone 8 Lumias, and later, all devices running Windows Phone 8.1. I've reached out to LG, Yezz, and HTC for comment on this.

In reality, the only thing that an "official" upgrade to Windows 10 Mobile is getting anyone is access to the Redstone Insider builds. Users can, of course, use the Release Preview ring of the Insider Preview to get Windows 10 Mobile and it's the exact same bits that non-Insiders got yesterday. These devices will continue to be updated until Redstone ships this Summer.