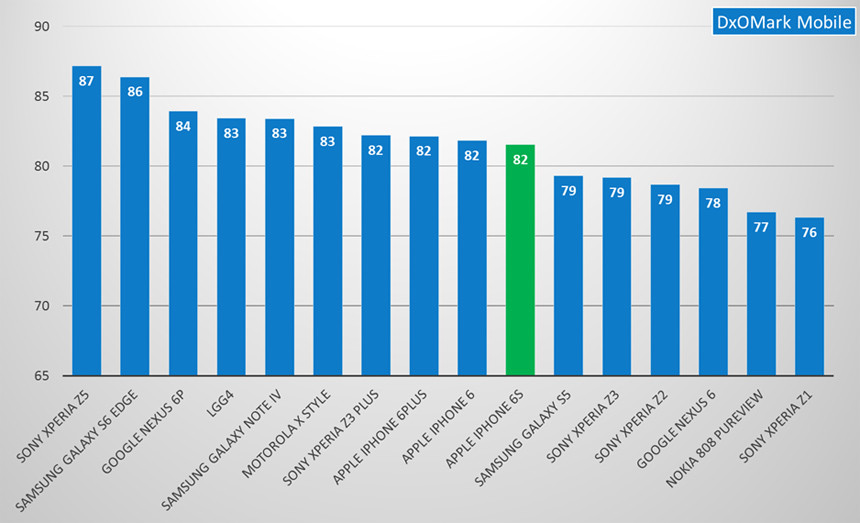 It was a month ago that Apple announced its latest iPhone, the 6s and 6s Plus. Although Apple upgraded its latest offering with a 12MP camera, it looks as though the competition is clearly outpacing Cupertino in the latest rounds of tests.

According to DxOMark's iPhone 6s review, there are a slew of Android handsets that score better than the iPhone 6s. While many regions have yet to get their hands on Sony's latest, the Xperia Z5 takes the crown at this point with a top score of 87, with Samsung's S6 Edge following closely behind with a score of 86. Google's Huawei-sourced Nexus 6P and the LG G4 take the third and fourth slots respectively, with Apple's 6 and 6s following in at ninth and tenth spot.

Naturally, this is to be expected as Apple has never been about packing more "power" into their devices, but about refinement. The current iPhone offers a fine shooter, but it no longer represents the best in a changing smartphone market.