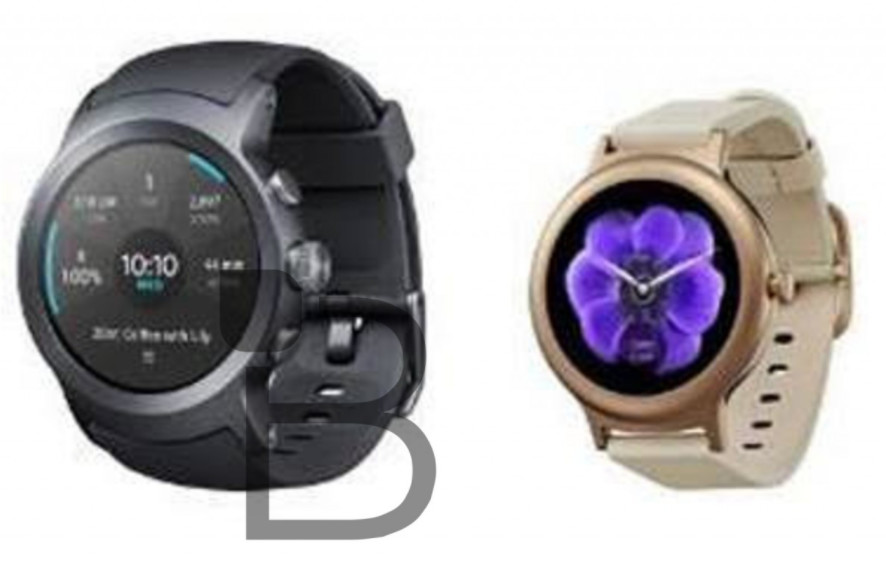 Late last year, it was reported that Google was working on two new wearables that would hit the market in the early part of 2017. It was revealed last week that LG would be producing the two watches and now we finally have what could be our first look at the upcoming devices.

If the images are to be believed, they line up with earlier reports that stated two different styles would be made available at launch. The LG Watch Sport can be seen on the left, while the smaller Watch Style is on the right. The Sport will be the meatier of the two coming in at 14.2mm thick and will have a 1.38-inch OLED display. The Sport will also offer 768MB RAM, 4GB of storage, and will be powered by a large 430mAh battery, It is also rumored that only this model will come with an LTE cellular antenna.

The Style will be a thinner and smaller unit measuring in at 10.8mm and will offer a 1.2-inch OLED display. It will come with 512MB RAM, 4GB of storage, and a 240mAh battery. Unfortunately, the chipset information is not available at this time. Luckily, we won't have long to wait as the new Android 2.0 wearables are expected to make their debut on February 9.