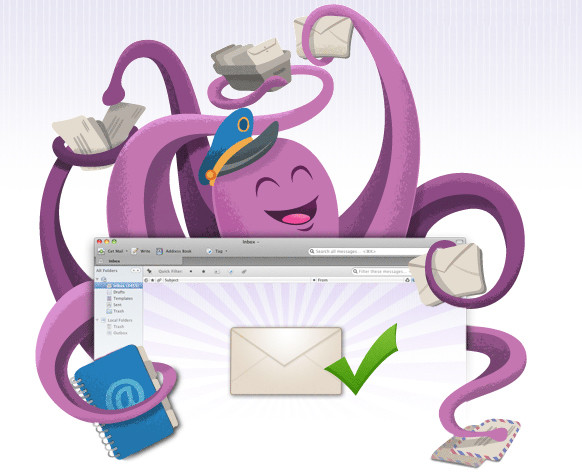 Thunderbird is a free, open-source, cross-platform application for managing email and news feeds. It is a local (rather than a web-based) email application that is powerful yet easy-to-use. Thunderbird is developed, tested, translated and supported by the folks at Mozilla Corporation and by a group of dedicated volunteers. Thunderbird gives you control and ownership over your email. There are lots of add-ons available for Thunderbird that enable you to extend and customize your email experience.