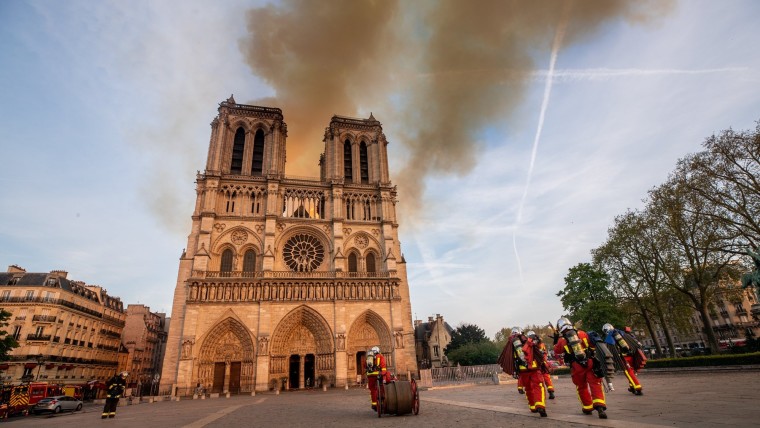 In the wake of the disastrous fire that overtook one of France's oldest and most beloved historical monuments, donations to restore the Notre Dame have been pouring in from organizations across the world. According to reports from the BBC, around €600 million (roughly $677 million) have already been promised to reconstruct the centuries-old cathedral. This morning Apple's CEO Tim Cook announced on Twitter that the iPhone-maker will be joining in this combined international effort to rebuild Notre Dame in the form of monetary donations.

We are heartbroken for the French people and those around the world for whom Notre Dame is a symbol of hope. Relieved that everyone is safe. Apple will be donating to the rebuilding efforts to help restore Notre Dame’s precious heritage for future generations.🇫🇷

The fire was discovered at around 6:43 pm (16:43 GMT) on Monday and took about nine hours for the firefighters to bring under control. According to the Pompiers de Paris (Paris Fire Brigade), the blaze was extinguished completely by 10:00 am (08:00 GMT). French President Emmanuel Macron has promised to rebuild the ancient cathedral while Donald Tusk, President of the European Council has asked members of the European Union to come to France's aid and help with the reconstruction of Notre Dame.

Although the 12th-century cathedral's two bell towers and main structure were saved, the roof caught ablaze resulting in the destruction of the spire and interior which were made of mainly out of wood. Aside from preventing further structural damage, emergency units were also able to rescue some historic artwork and religious artifacts from being consumed by the fire.