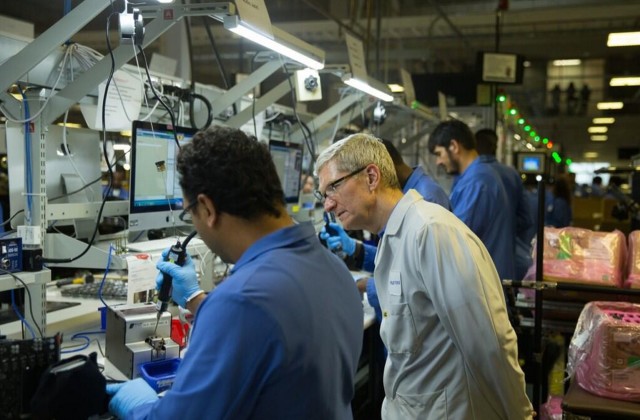 Tim Cook earlier today tweeted a photo showing the assembly line for the company’s flagship Mac, the Mac Pro. The PR move highlighted that the computers are built here in America but there was one little oddity that is turning this photo back on Apple.

If you look closely at the Mac mounted above the worker, you can clearly see that it is running Windows. So, what you have here is a Mac Pro being built with the help of Windows that is running on an iMac.

Sure, it’s not really that big of a deal as Mac’s are not really known to be part of a major warehouse operation but it is a bit funny to see the CEO of Apple tweet out a competitors OS. For Apple, this is a small PR goof-up that is a rarity for the company who works diligently to control the message it sends out to the world. 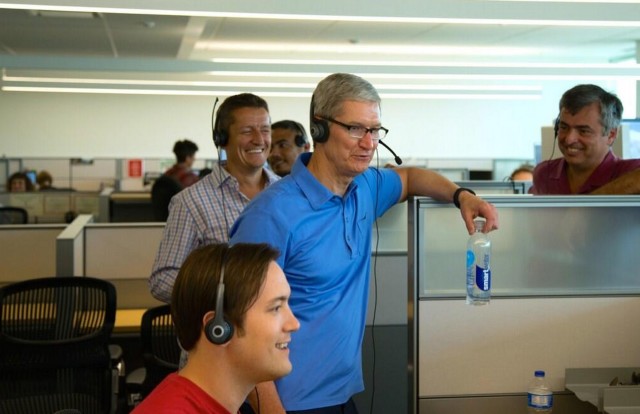 That’s not all the CEO was up to today, either, He went to a call center and listened in as his Apple Care team worked with customers as well. We do wonder if Tim chimed in on the call but let us be honest, if you called in and Tim Cook was on the line, would you believe it’s him?

At the end of the day, Apple still makes billions of dollars every quarter and the company will continue to do so for the foreseeable future.