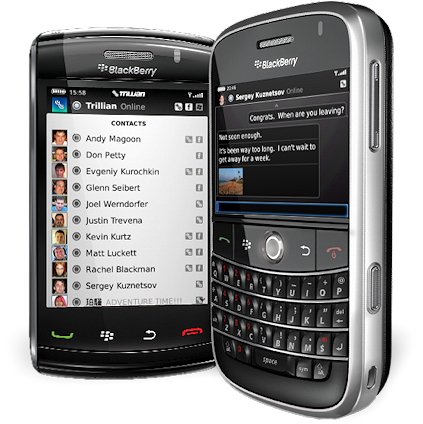 Cerulean Studios on Thursday announced a private beta test for their upcoming Trillian for Blackberry instant messaging software. While a small group of testers are putting the final touches on the app, regular Blackberry users for now can feast their eyes on several new screenshots and information on features to expect at launch.

In addition to the Storm, Trillian for Blackberry was designed to work on as many Blackberry devices as possible. No specifics have been announced so far.

Cerulean Studios’ blog has outlined the main features that will be available at release: