I thought I would start up a little section here on Neowin, where every Tuesday I will post some sort of (hopefully) interesting piece of tech trivia or fact. Check back here every week and hopefully you will learn something new about the technology world

The capacitive touchscreen: this was a highlight of the original Apple iPhone, which touted its smartphone capabilities by saying you can actually use it with a finger rather than stylus as the norm was at the time. Rather than using two thin films between the user and display to sense a stylus, capacitive touchscreens measure the distortion in the screen’s electrostatic field created when your conductive fingers touch the screen’s special coating.

The original type of touchscreen was, interestingly, a capacitive type invented way back in 1965 by E.A. Johnson at the Royal Radar Establishment in the UK; unfortunately they were quite expensive to produce and so the resistive-type touchscreen was the cheaper and more common occurrence pretty much up until the iPhone. However, the invention of the capacitive touchscreen predates the existence of Apple, so they can’t have possibly invented it. 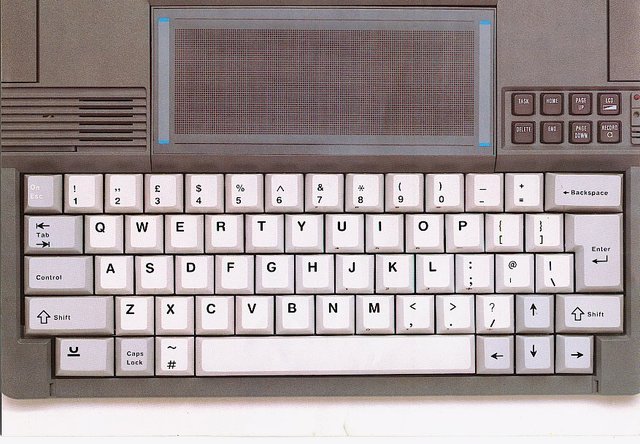 This is the Psion MC 400 with an early touchpad. Note that it's above the keyboard unlike modern touchpads

While we’re on touch technology, Apple also didn’t invent the touchpad. Used as the primary form of mouse-like movement on modern notebook computers, the touchpad was actually invented by Psion for their MC series notebooks in 1989; however the touchpads used in the early Apple PowerBooks were based on early developments in the field.

The graphical user interface (GUI): Apple was very early to the GUI game with the Apple Lisa in 1983, but it was actually beaten a whole ten years earlier by Xerox PARC in 1973 with the Xerox Alto. Xerox PARC (now known simply as “PARC”) was Xerox’s R&D centre and helped to develop heaps of other stuff we now take for granted such as Ethernet and laser printers. Regardless, Xerox beat Apple to develop a GUI.

Of course, there is a whole debate as to whether Steve Jobs and Apple (along with Microsoft Windows) plagiarized the GUI from what was seen on the Xerox machines, but that’s another story.

Also, if you have the time, the recent TechSpot article covering some of Xerox PARC’s developments is a good read.

The portable digital audio player: nope, the iPod was not the first device to be portable and have the capability to store and play MP3 files. In 1997, four years before the first iPod, Audio Highway released their “Listen Up”, however only 25 or so were made. Another MP3 player released before the iPod was the HanGo Personal Dukebox, the first player to use a 2.5” hard drive internally that could store up to 1,200 songs for playback.

None of these devices were particularly successful until the iPod, which in typical Apple fashion revolutionized the portable digital music player market.

The “smartphone”: while this may seem obvious to tech enthusiasts like myself, there are many less tech-headed people who think incorrectly that the iPhone was the first smartphone. In fact, and this actually surprised me, the first smartphone was the IBM Simon. It was a cellular phone that went on-sale in 1994 that included not only portable phone functionality, but a (resistive) touchscreen, calendar, calculator, email functionality, games and an on-screen QWERTY keyboard. 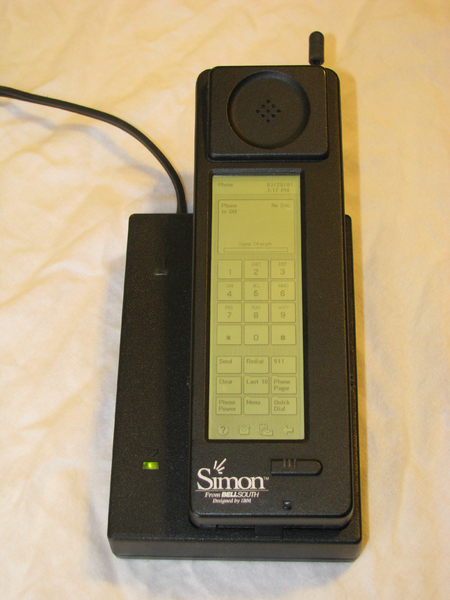 This is the IBM Simon on a dock.

The Simon came out 13 years before the iPhone, and if you want to sound cool (wait… maybe not) you can tell your mates that it was the first true smartphone. It also looks like a brick by today’s standards.

Again, this is not a finite list of all the things that Apple hasn't actually invented, but if you have any other notable additions please let us know in the comments below.

Images courtesy of Wikipedia and GuideBookGallery

→ Previous Trivia Tuesday articles and you can follow our tech news @NeowinFeed here.