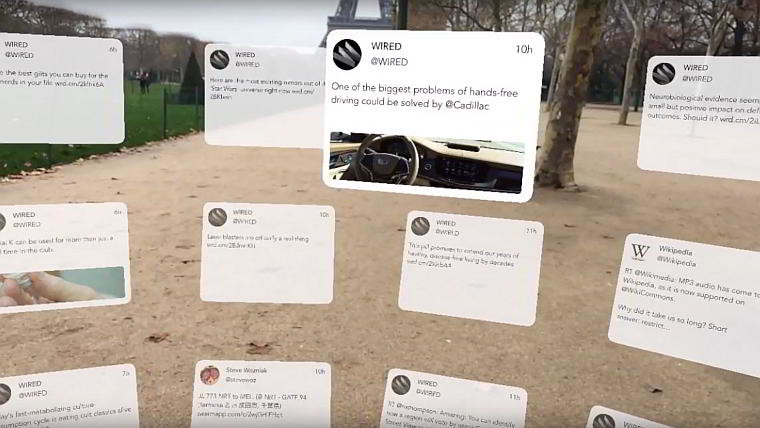 As if Twitter is enough of a time sink already for many people, a new app for iOS allows you to take the social application with you into the real world, courtesy of augmented reality.

TweetReality is the brainchild of developer Oscar Falmer, who created the app using Apple's ARKit as a prototype for future AR headset-based apps. It was released a few days ago, and has received a generally positive response so far, including being featured on startup showcase Product Hunt.

“My goal was to innovate in what the future will look like, mainly by thinking to the upcoming glasses we’ll all probably be wearing,” he wrote for Product Hunt. “It was a lot of research about what is the best interface for humans interact within a 3D space, designing and coding.”

Twitter is likely not the first thing you would think of as a test bed augmented reality. It might have some uses, as in tweeting about TV shows or sporting events you are watching, but when the video showing off the app shows tweets overlaying the Eiffel Tower in the background, you begin to wonder if this particular app is best kept indoors.

TweetReality is free, and compatible with iOS 11 or later on devices compatible with the ARKit, which is basically every iPhone since the iPhone 6S. It also will work with the latest iPad Pros.