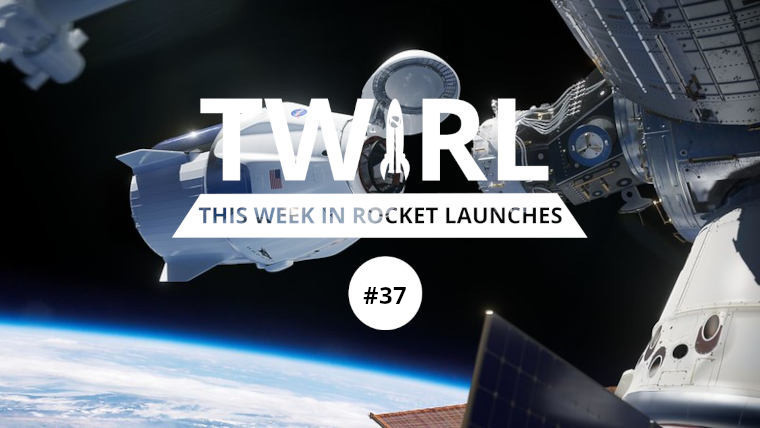 If you read TWIRL 36 last week, you’ll have seen that the main story was that SpaceX was launching its Crew-3 Dragon mission to the International Space Station. The mission was due to launch on Halloween (Oct. 31) but CBS News reports that it has been delayed due to bad weather. The mission is now scheduled for take off on Wednesday.

The first launch of the week is a SpaceX Falcon 9 rocket carrying Crew-3 Dragon to the International Space Station. It will be carrying NASA astronauts Raja Chari, Tom Marshburn and Kayla Barron as well as ESA astronaut Matthias Maurer. The launch will take place in Florida at 5:10 a.m. UTC and will be broadcast live on YouTube.

The second launch, also occurring on Wednesday, will take place at the Jiuquan Satellite Launch Center in China. A Long March CZ-2C rocket will carry two satellites called Yaogan 32 Group 2. The satellites will apparently be used for signals intelligence. This launch is scheduled for 7:45 a.m. UTC.

The final launch of the week will take off from Japan. An Epsilon rocket will carry RApid Innovative payload demonstration SatellitE 2 (RAISE 2) and the Debris Removal Unprecedented Micro-Satellite (DRUMS) into orbit along with several MicroSats. RAISE 2 is the principal part of the mission and will demonstrate six new technologies in orbit while DRUMS will demonstrate technologies to remove space junk from orbit.

Not technically from the last week, but the week before (but not covered in TWIRL 36) we have an Ariane 6 rocket carrying the SES-17 and SYRACUSE 4A into orbit. As the launch was performed at night, the lift off looks quite impressive.

The second launch came from China. A Long March-3B rocket carried the Shijian-21 satellite into orbit where it will test and verify space debris mitigation technologies.

Finally, on Thursday, Russia launched a Soyuz-2.1a rocket to the International Space Station. The mission was called Progress 79 and was taking supplies to the ISS.