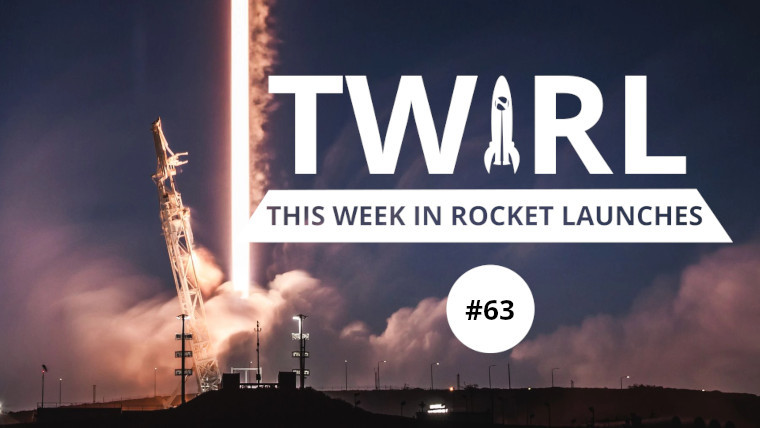 This week, we have three launches in all, one from Rocket Lab and two from SpaceX. All of the launches will be focused on orbiting satellites so they’re not too exciting, however, it’s interesting to see that SpaceX is launching two lots of Starlink satellites a mere three days apart, which is a little bit unusual. The Rocket Lab mission, ‘There and Back Again’, has been delayed for the past two weeks so hopefully, it can finally get off the ground.

The first launch of the week, blasting off from New Zealand, is Rocket Lab’s Electron rocket carrying 34 commercial payloads in a mission called ‘There and Back Again’. One of the interesting aspects of this mission is that the rocket’s first stage will be caught by a helicopter so that it can be reused for future missions. This method could be more economical than SpaceX’s method of reusing rockets by landing them back on the pad using more rocket fuel. You can view the event on YouTube tomorrow from 10:35 p.m. UTC.

The second launch of the week is SpaceX’s Falcon 9 carrying the first batch of Starlink satellites for the week. There’s nothing out of the ordinary with this launch. It will carry 53 Block 1.5 Starlink satellites to a polar low Earth orbit where they will begin beaming internet connectivity back to the planet’s surface. This batch of satellites is known as Starlink Group 4-17 and if you use apps like ISS Detector you may be able to see them in the night sky. The launch is slated for 10:12 a.m. UTC and will be shown on SpaceX’s website.

The final launch of the week is another SpaceX Falcon 9 rocket carrying the second batch of Starlink satellites. This time only 50 satellites will be sent up and will be known as Starlink Group 4-13 if you want to search for them. It’s unclear what time the launch will be but, on the day, check out SpaceX’s website to see the launch.

The first launch we got last week was the SpaceX Crew-4 mission for NASA, you can see highlights from the event below:

Then, Crew-4 emerged from the Dragon capsule where they were greeted by the ISS crew:

Next, China launched the Long March-2C carrying the Siwei-01 and Siwei-02 remote sensing satellites that will be used for surveying, mapping, development, and environmental protection.

On the same day as China’s launch, SpaceX launched another batch of Starlink satellites.

Finally, on Saturday, a Chinese Long March-11 carried five Jilin-1 satellites into space from a sea platform. These satellites too will perform remote sensing work.