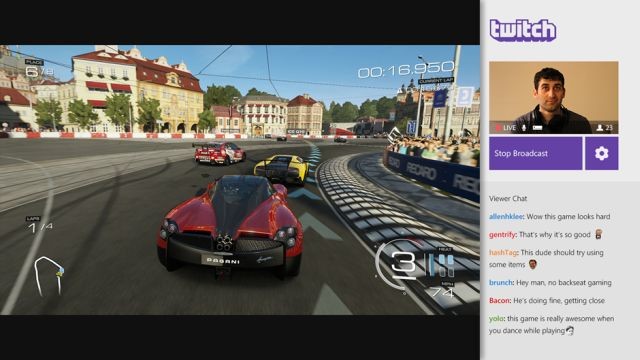 Just a few hours before Titanfall went on sale in North America, Twitch released its previously announced app update for the Xbox One. The new version finally allows owners of Microsoft's console to broadcast their gameplay streams to the Twitch service for anyone else to check out, which is something that Sony's rival PlayStation 4 has been able to do since it launched in November.

Twitch made the official announcement about the Xbox One app update on their Twitter account Monday. The official Twitch website now has a specific Xbox One page where anyone with a web browser can view gameplay coming from owners of the console. As you might expect, there are a lot of Titanfall players already online and broadcasting their multiplayer matches to the world.

The Xbox One version of Twitch does offer higher resolution and bit rates for their video streams compared to the PS4 app. It can also archive broadcasts for viewing at a later time. Xbox One owners can view game streams from other Twitch platforms inside the app, including the PS4, and can jump in the actual game that's being streamed if the person who is in charge of the match allows it.

The ability to broadcast and stream games on the Xbox One via Twitch should be a highly popular feature for the console, especially for Titanfall's launch. Hopefully this is just the first wave of improvements for the app in the future.