Twitter took to its company blog today to announce a number of new and improved features for searching the social network via its website and smartphone applications. The new search features include autocomplete, spelling corrections, related suggestions and the ability to search only followed accounts.

The headline feature, autocomplete, will show users search queries most likely to be what they’re typing as they enter their query; the feature will also show related users and friends’ accounts if the query relates to a Twitter member. Users will be presented with a drop-down list, seen below, that will show the site’s suggestions and related accounts. 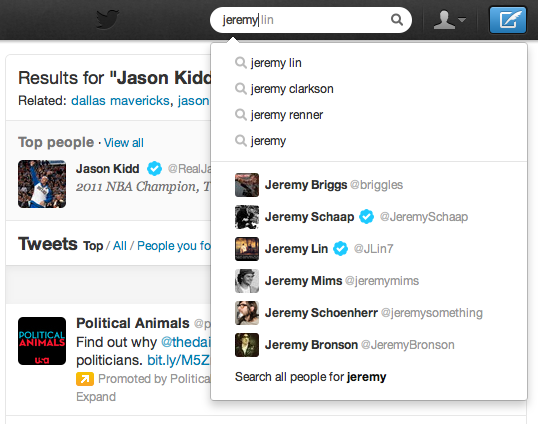 In addition to autocomplete, Twitter is introducing a “results from people you follow” feature that will only show results from followed Twitter accounts. The new feature will be seen alongside the previous options to view search results for top tweets and all tweets. 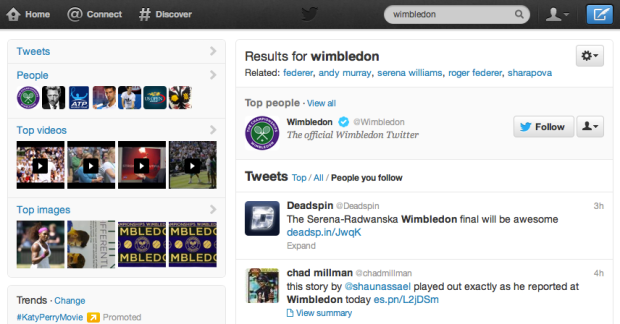 Twitter will now also feature spelling correction for searches; if a misspelled term is detected in a search query, Twitter will now show results for the intended query. Related searches will now be suggested to users as well – if users input multiple terms in searches, the social network will now provide suggestions based on the majority of terms inputted.

The new features, which are currently rolling out, will be found on the social network’s website as well as its Android and iPhone applications. A time frame for the rollout was not provided.