Just two weeks after Twitter changed its favorite star to a heart icon, it appears that the company is already testing even more ways to respond to a Tweet, similar to that of Facebook, where it is now possible to respond with a sticker emoji to any post, based on how you feel about the status update. 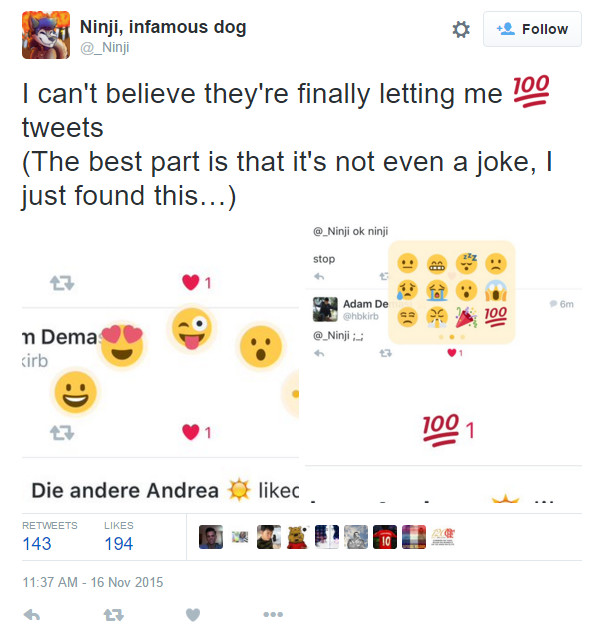 @_Ninji discovered the feature using the following method: "dev-only feature in iOS app(I used JB tweak Flex to enable it, similar to how I got Polls before they were enabled for my acct)" and further pointed out that any other emoji selected to "like" a tweet will still reset to a "heart" upon app/page refresh. 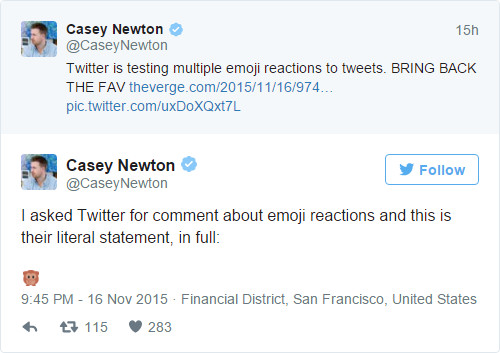 The Verge reached out to Twitter for comment and received the above statement in the form of an emoji. While not especially helpful at first glance, it does appear to confirm that Twitter is committing to allow for more ways to express responses to peoples tweets.

Source: The Verge | Image via Re/Code