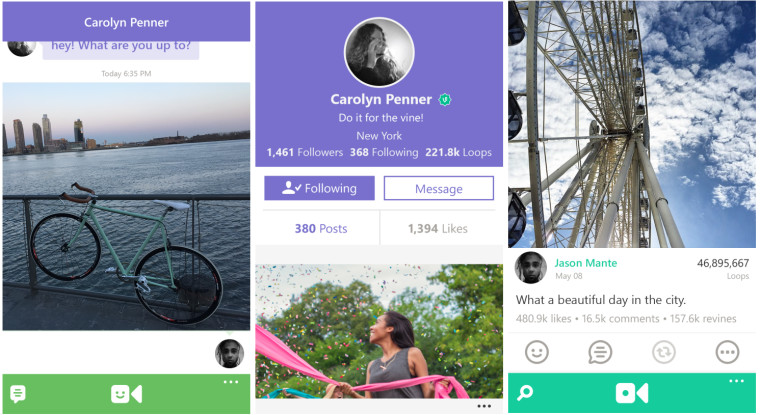 Vine for Windows Phone has received a massive update that has brought it on par with the app versions on competing platforms.

Many apps on Windows Phone are rarely updated, and it's often observed that there's a feature gap compared to their versions on other platforms as well. Vine is one such app which was last updated in December 2013 and already had more features in its Android and iOS versions until Twitter dropped a massive update for the app yesterday.

The latest Vine update features a redesigned activity feed UI, color customizations for profiles, camera tools, loop count and the ability to import videos from the device. In addition to these features, the app now includes Vine Messages that allows users to share videos privately with friends, a feature similar to Instagram Direct.

Some of the features such as importing videos and saving drafts will be welcomed by users, as it wasn't possible to share spontaneous videos shot by the native camera app, or editing them on the go while using a Windows Phone.

Users who have the app installed should have already received the update notification, others who wish to install Vine can head to the store listing here.