giffgaff, one of the largest MVNOs (mobile virtual network operator) has been diligently working on a Universal app for Windows 10. Specific details surrounding the upcoming app have been kept under-the-hood, with not much information flowing around.

However, we've been speaking to one of the core developers at giffgaff, Ian Morland, who has provided us with plenty of information to dive into.

Ian, who originally created the third-party 'my giffgaff' app for Windows Phone 8.1 got into talks with giffgaff about an official app for the platform. The operator soon became aware of the app and was impressed by its thoughtful design and features. Ian was subsequently hired to manage giffgaff's Windows operations.

On the subject of how Ian obtained employment with giffgaff, he stated that:

As a known developer working on the 3rd party giffgaff app, I was invited in-house to create a new official offering. We talked, we clicked, and now I'm officially a giffgaff staffer!

He also mentioned that this official app will replace his previous third-party app.

Abrupt as this question may be, giffgaff in the past hasn't officially supported the Windows or Windows Phone platforms, so we were interested in what would happen if Ian were to leave giffgaff:

As ownership of the app lies with giffgaff, it would be maintained by giffgaff. And I can't leave - I am having too much fun developing great things for the community.

In a statement provided by giffgaff, the company outlined how they've built the app and the testing done ahead of the first release:

The brand new official giffgaff app for Windows 10 has been built from the ground up to fully support our members on the Windows platforms. A closed beta group of around 60 members has been providing feedback over the last two months, and we are now close to finalizing the first release.

So far the app supports all of the core features of giffgaff, which include:

Looking ahead to the future, giffgaff is going to bring the app up to "feature parity with the official Android and iOS apps" in an update expected this summer. To coincide with this, giffgaff will also be keeping all three platforms up to date, at the same time.

If you're interested in taking a peak at the app, have a look at the gallery towards the bottom, where you will be able to see screenshots of the main features.

As a Universal Windows Platform app, the giffgaff app will potentially be able to work across all Windows 10 devices. For the time being, giffgaff is concentrating on the two main platforms:

When questioned about offering the app on Xbox One and HoloLens, giffgaff said that "no decision has yet been made" and that it is "early days". However, they do seem open to the idea of offering the app to other platforms.

This move will make giffgaff the second mobile operator in the UK to offer their app on PCs, following in Three's trail, which could prove useful for those who use data-only plans, rely on tethering, or would like to manage their mobile account wherever they are.

For those of you who are not aware of giffgaff, it is a subsidiary of O2, which is owned by Telefónica. O2 is the second largest mobile operator in the UK, and giffgaff is one of the biggest MVNO's. giffgaff's approach is different to what you might expect: it is not focused on making big money, or pleasing shareholders, it is developed around the community. Customers get to share ideas, vote on ideas and see them get discussed by staff at giffgaff.

A Windows 10 app was hot amongst the community, with just one of the published ideas for it receiving over 100 votes and counting. But that's not where it ends - when giffgaff published an announcement in February 2016, announcing Ian as the core developer for the app, an outpour of support from the community quickly followed, praising giffgaff's stance on Windows 10 Mobile and Windows as a whole.

Stick around, as giffgaff assures us the first release will be arriving shortly, with a second release due in the summer. 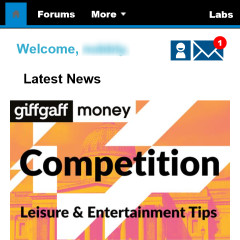 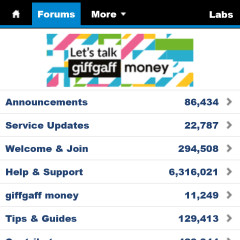 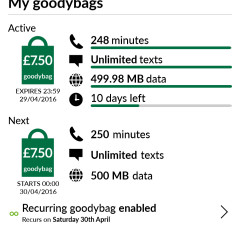 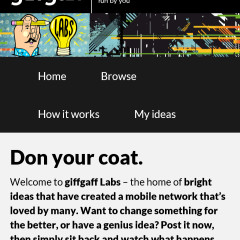 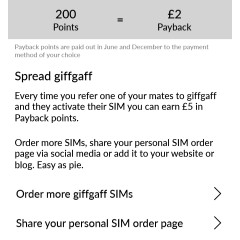