United Airlines has entered into an agreement with Boom Supersonic to purchase 15 of its Overture supersonic aircraft, with an option to increase the order by 35 more if the aircraft passes the safety, operating, and sustainability requirements of United Airlines.

Boom, an aviation startup has raised about $240 million in funding for its vision to restart commercial supersonic air travel. It has contacts or MOU's for about 70 aircraft from Rolls-Royce, the US Air Force, Virgin Group, and Japan Airlines.

Boom claims that the supersonic jets would be able to fly from Newark to Frankfurt in 4 hours, San Francisco to Tokyo in just 6 hours, New York to London in just 3.5 hours instead of 7 hours, and Los Angeles to Sydney in just 6 hours and 45 minutes instead of 15 hours that it currently takes. Boom has pegged the ticket cost at around $5000 per seat while United has declined to confirm the same.

The agreement is also dependant on Boom Supersonic's ability to manufacture the aircraft as the company has never built or flown a full-scale supersonic jet before. Boom is already behind schedule, having missed its promise to begin flight tests by 2017 eventually ferrying passengers by 2020. The company now expects the jets to enter production in 2025, fly in 2026, and ferry passengers by 2029, almost 10 years late.

The only aircraft manufactured by Boom to date is its XB-1 test aircraft. It's 71 feet long and can seat only one pilot. It is a scaled-down version of the full production model which the company claims could hold 65 to 88 passengers and crew. On its first flight scheduled for sometime in 2021, it is expected to reach speeds of Mach 1.3, powered by its three General Electric J85-15 engines.

In comparison, the production-ready aircraft will be 205 feet long with a cruising altitude of 60,000 feet at speeds up to Mach 1.7 or 1,304 miles per hour. It will also feature in-seat entertainment screens, ample personal space, and contactless technology. Mach speeds produce more pollution as it requires more fuel to go faster. Concorde was a gas-guzzler but the companies claim the new jets will be net-zero carbon and run on 100 percent sustainable aviation fuel although no details have been shared about how both the claims would be achieved.

The sonic boom that occurs when a supersonic airplane breaks the sound barrier made congress ban supersonic jets from flying over US soil in 1973. President Joe Biden has not made his views clear on supersonic flights considering his push behind climate change.

Source: Boom Supersonic via The Verge 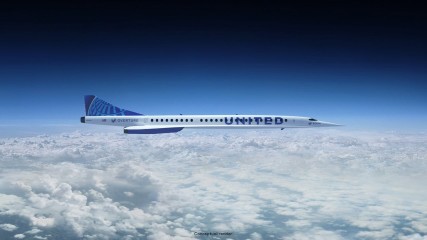 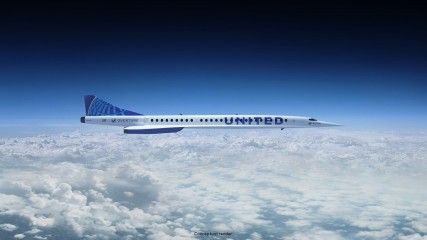 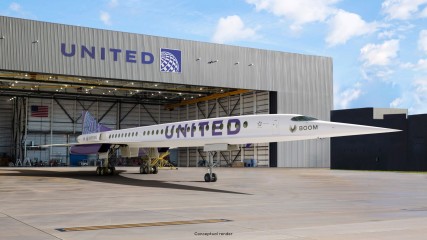 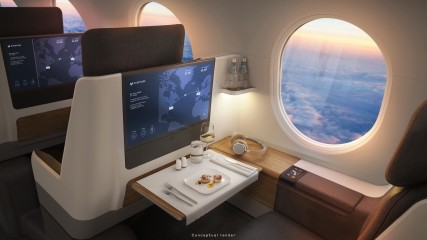 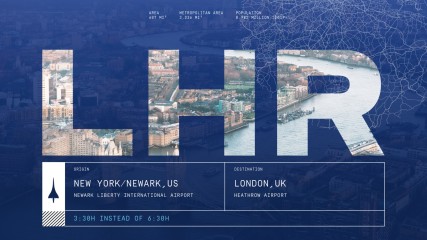 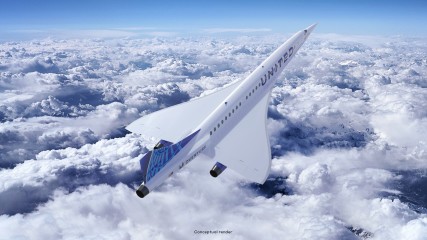