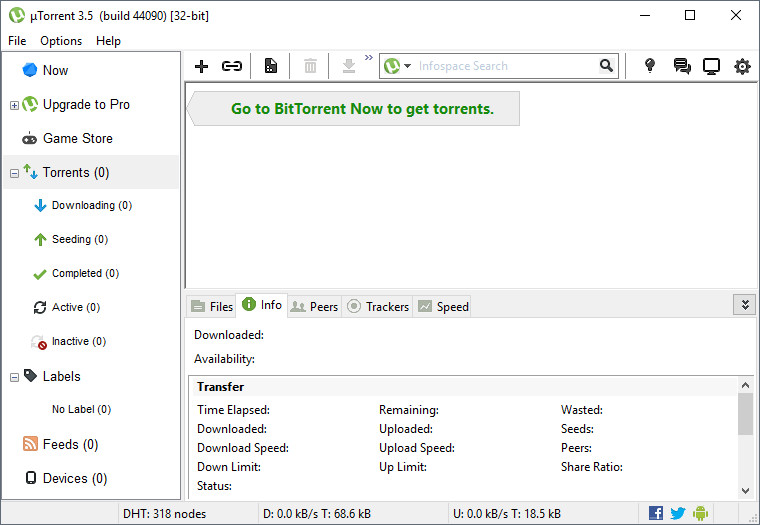 µTorrent is an efficient and feature rich BitTorrent client for Windows sporting a very small footprint. It was designed to use as little CPU, memory and space as possible while offering all the functionality expected from advanced clients. µTorrent was written with efficiency in mind. Unlike many torrent clients, it does not hog valuable system resources - typically using less than 6MB of memory, allowing you to use the computer as if it weren't there at all. Additionally, the program itself is contained within a single executable less than 3.0 MB in size.