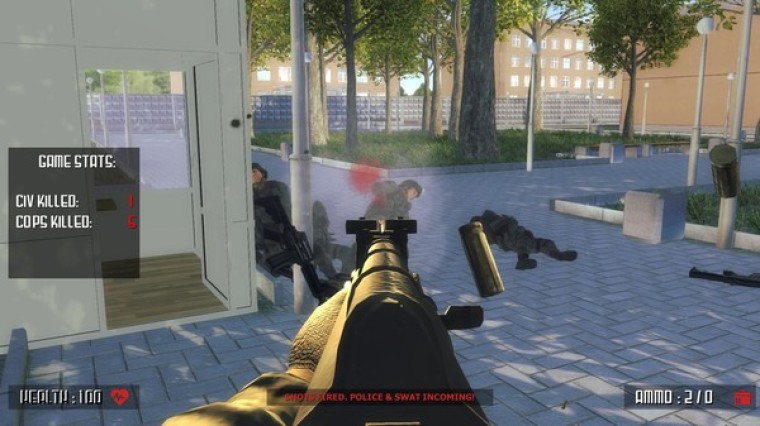 Following the barrage of criticism and controversy surrounding the release of Active Shooter on Steam in the coming month, Valve has decided to block the publishing of the title on its digital games library, Steam.

The game, developed by Revived Games and published by ACID, was supposed to allow users to play from either the perspective of either a S.W.A.T member or the culprit involved in a school shooting, drawing the ire of many public figures and institutions over its simulation of killing civilians.

Valve today announced that it was pulling the plug on the game before its launch, and also had a few choice words to describe the creator of the game. The company described the individual behind both the developer and the publisher of the game, Ata Berdiyev, as a "troll [with] a history of customer abuse, publishing copyrighted material, and user review manipulation."

Indeed, it seems that Steam had already removed Berdiyev from its platform last year for the game Piccled Ricc, in which case he was accused of copyright theft. He was also accused of 'asset flipping' with another game.

Valve clarified in a statement that:

"His subsequent return under new business names was a fact that came to light as we investigated the controversy around his upcoming title. We are not going to do business with people who act like this towards our customers or Valve. The broader conversation about Steam’s content policies is one that we’ll be addressing soon."

Alongside Active Shooter, having identified Berdiyev as being behind Revived Games and ACID, Steam has also pulled all of the other games developed or published by either outfit.