If Verizon had an iPhone would it keep you from switching? That's the question Verizon wants to know. BGR spotted a cancellation survey from Verizon that may shed some new light onto the future plans.

It's the last question that Verizon asks about what they could have done to keep you as a customer. Verizon may be checking to see how many customers they are losing because of the iPhone. If they get a large response hopefully they will make an effort to bring the phone to its 80 million + subscribers.

Rumors from when the iPhone first launched suggested that Verizon turned down Apple's offer for the phone. It makes you wonder if they are now kicking themselves over that business move and may go crawling back to Apple for an iPhone of their own. 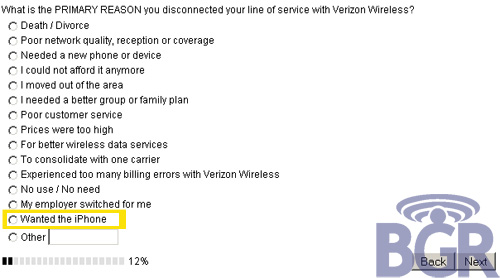 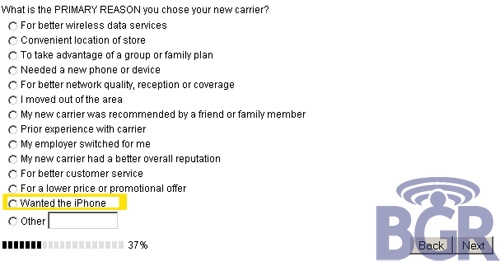