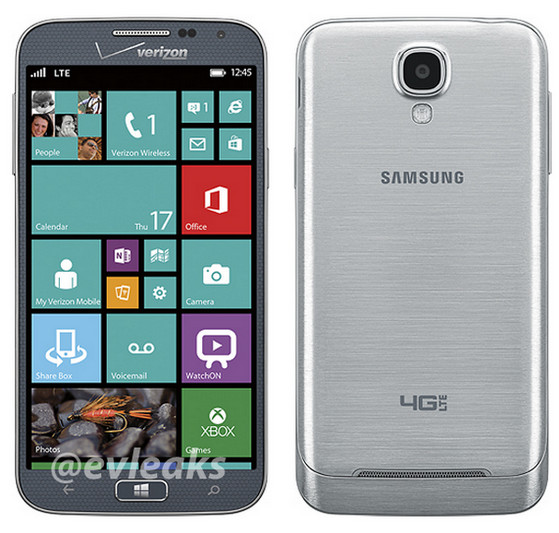 Verizon is about to land another Windows Phone, and this time it comes from Samsung. The Samsung ATIV SE will be Samsung’s follow-up to its previous Windows Phone, the ATIV Odyssey.

Like the Odyssey, the ATIV SE appears to take many similar attributes from the device including a metallic looking rear panel that we suspect is plastic, a square-ish looking housing for the camera out back, but unlike the Odyssey, the SE does not appear to have a camera button on the side of the device.

The Verizon branding cannot be overlooked either and if the previous ATIV device on Verizon is any indication of the SE’s price point, we could be looking at a low-cost device.

No specs have been leaked yet but seeing as there are three columns of tiles, we would hedge that the device has - at the very least - a 5in display.

Seeing that Verizon recently released the Nokia Lumia Icon (read our review here) we expect this device to show up in the near future, the company is about to renew it’s commitment to the Windows Phone platform with a new generation of devices.

The good news here for Microsoft (and Windows Phone fans) is that Verizon is continuing to pursue this platform. By offering more devices, it shows the Verizon does not plan to abandon the platform anytime soon.

While Windows Phone has slowly been gaining marketshare, albeit at a slower pace than Microsoft had likely hoped for, there is no denying that the platform is on the rise in the market and with Verizon’s continued support, that trend should continue.