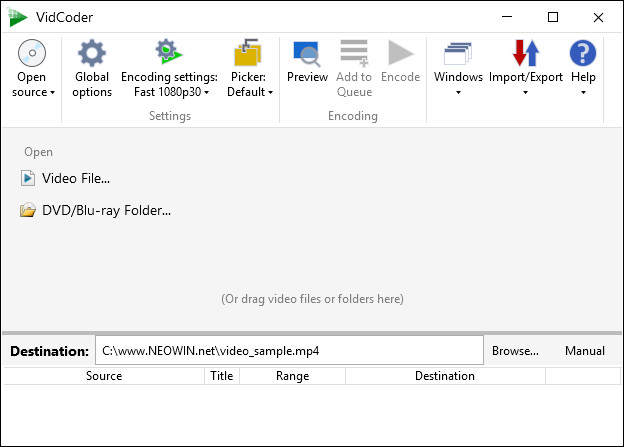 VidCoder is a DVD/Blu-ray ripping and video transcoding application for Windows. It uses HandBrake as its encoding engine. Calling directly into the HandBrake library gives it a more rich UI than the official HandBrake Windows GUI. VidCoder can rip DVDs but does not defeat the CSS encryption found in most commercial DVDs.

You’ll need the .NET 5 Desktop Runtime. If you don’t have it, VidCoder will prompt you to download and install it. The Portable version is self-contained and does not require any .NET Runtime to be installed.

You do not need to install HandBrake for VidCoder to work.

First stable release of v7, using the HandBrake 1.5.1 core. This is a smaller major version update as HandBrake has put out a smaller stable version release.