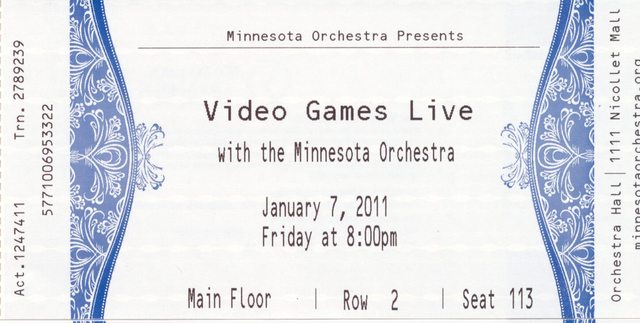 Video games have come a long way from the humble beginnings of Pong and Pac Man. Today’s games include not only an entertaining interactive experience but also a strong storyline, realistic graphics, and catchy music. It’s this last part that grips us the most and sticks with us long after the game is over. How many people still hum the Super Mario Brothers songs from time to time? And who can forget the victory song of the Final Fantasy series? Whether we realize it or not, music has become a central part of this medium.

That’s where Tommy Tallarico and Jack Wall come in. Both men are video game composers and have teamed up to create a touring company called Video Games Live (VGL). They work with local orchestras in the cities that they travel to and produce a high quality multimedia experience for fans. The concert is a combination of video, music, on-stage entertainment, and fan interaction.

My wife and I had the opportunity to see the show when they came through the Twin Cities. I’ve been an avid gamer for 30 years, whereas my wife only plays games on an occasional basis. Neither of us had heard of VGL before so we had no idea what to expect but since we both love live music and live performances we decided to give it a go.

The show started with a costume contest. Before the show, a number of people were chosen to appear on stage and introduce their costume, with fan applause (and gameinformer.com’s Meagan Marie) helping to choose a winner. There were a dozen people on stage and after the first round of applause, only Yuna (from Final Fantasy), Super Mario (duh) and a little kid dressed as Indiana Jones (from LEGO Indiana Jones) were left. Although my wife and I thought that Yuna’s costume was by far the best, the crowd did the right thing and elected Indy as the winner. 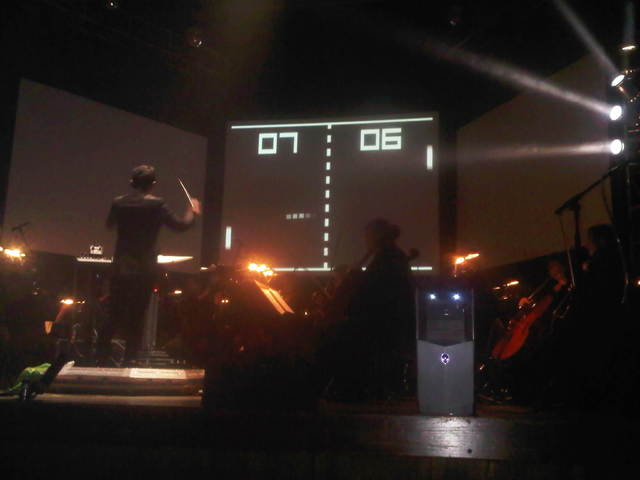 After the costume contest, the main concert began. In honor of video games starting with Pong, so too did the concert, with instruments imitating the “bleeps” and “bloops” of the game as the paddles and ball moved on the video display at the back of the stage. It was a unique start and brought quite a few laughs from the crowd. The medley then progressed through various other games such as Space Invaders, Asteroids, Donkey Kong, Dragon’s Lair, and eventually ended with a rousing game of Tetris. Seeing all of the classic games playing on the screen was nostalgic and the orchestra did a great job of recreating the sounds of the games.

At this point, Tommy Tallarico was introduced on stage along with the conductor, Wataru Hokoyama. Tommy talked a little about the origins of VGL and why he thought it was important to share the music of video games with people. He explained that they have created roughly 60 different musical selections for the show and only perform 20 during a concert making each show a unique experience. That’s an interesting way to keep things fresh and to keep fans coming back. In addition to Tommy and the orchestra, several songs featured Laura Intravia, also known as Flute Link, singing or playing a flute. For several songs she dressed up as Link from the Legend of Zelda and overall was a very good performer. 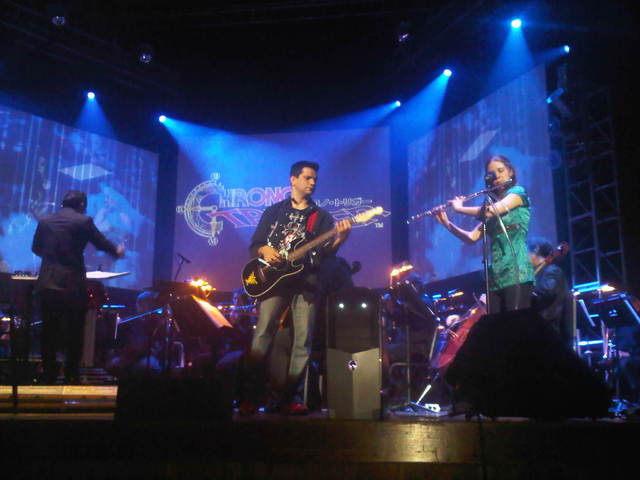 One of the highlights of the concert was the various “versus” clips, videos showing the results of mixing two games together, and that were shown during short breaks in the show. The first one was GTA vs. Frogger, followed by Mortal Combat vs. Donkey Kong and later in the performance they showed us Contra vs. Duck Hunt. Each was very humorous and had positive fan reaction.

There were two sections of the show where fans were chosen from the audience to participate in playing a game onstage while the orchestra played music based on what the players were doing on-screen. The first game was a Frogger challenge, where two members of the audience each played a game to see who could score the most points. The second contestant was wearing an N7 sweatshirt and introduced himself by saying, “My name is Eric, and this is my favorite concert on the Citadel,” an inside joke to those who played Mass Effect 2. A few people laughed (myself included), but I don’t think that most of the crowd picked up on the humor. The games of Frogger turned out to be a bit duller than we had hoped, and the orchestra didn’t seem to really change what they were playing based on the actions of the contestants so I was left a bit underwhelmed. Still, it was a fun way to get the crowd involved and was something different to see.

The second participation section was a Guitar Hero challenge. Qualifiers were played before the show began and the winner was challenged to play Aerosmith’s Sweet Emotion on-stage with Tommy and the orchestra. Initially the game was supposed to be set on hard, but since this guy had won the competition last year, the crowd insisted that he play on expert. Towards the end of the song, after beating the target score, the player and Tommy really started rocking out and the crowd loved it.

The orchestra played several other songs during the night, including Final Fantasy's One Wing Angel, Lement of the Highborne from World of Warcraft, the cinematic introduction of Assassin’s Creed 2, and music from Crono Trigger. They ended the show with Still Alive from Portal and although Laura transposed a couple of the verses, it was still a fun crowd sing-a-long. 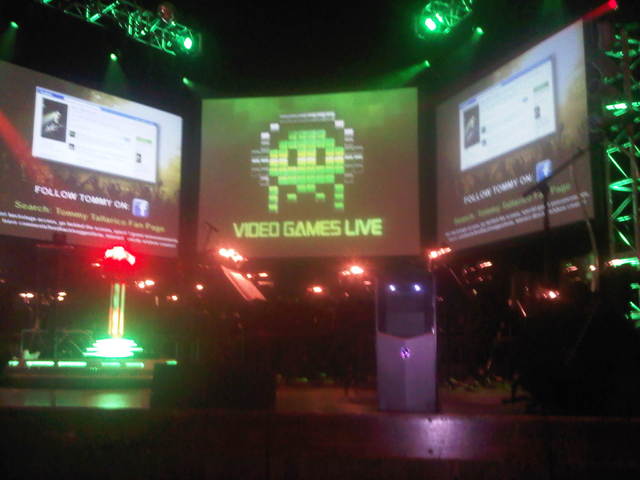 The real question is whether it’s worth your time and money to attend Video Games Live and I think the answer is, “probably.” After the show was over, my wife and I discussed the various aspects of the show. For me, I really enjoyed the trip down memory lane. Hearing live music playing over clips of games that I have played throughout the years made for a great time to reminisce. Tommy played the guitar with a lot of heart and passion, Laura has a very good voice and plays the flute well, and the Minnesota orchestra had a great performance. On a scale of one to ten, I give the show a solid seven. My wife, mostly a non-gamer, enjoyed the show as well but since she had little experience with most of the games she could only judge it based on the music and entertainment value. Based on this criteria, she gave the show a rating of five, although if they had played the music for Farmville, she probably would've raised her score a bit.

If Video Games Live comes through your city, it’s definitely worth checking out if you’re free, but don’t feel the need to change your schedule to see them.