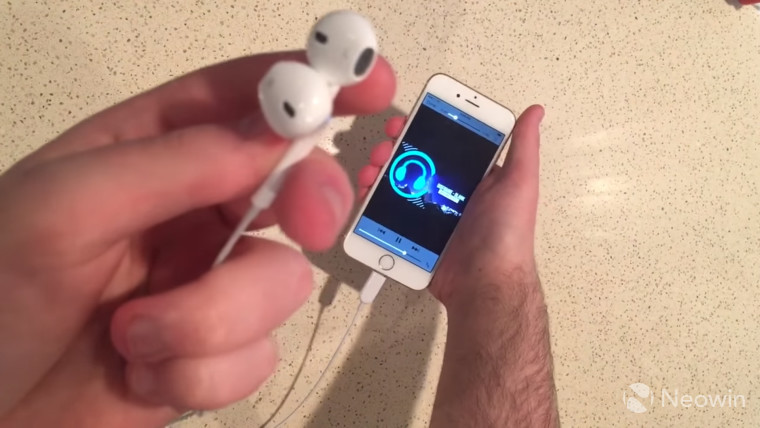 Apple has been in the news for quite some time now for allegedly removing the 3.5mm headphone jack in the upcoming iPhone 7 and replacing it with a proprietary Lightning connector instead. These rumors for the iPhone 7 have been going around since late last year and have even spurred a petition to keep the 3.5mm headphone jack that has received hundreds of thousands of signatures.

Adding more fuel to the rumor is a video that has just been filmed showing what is described as Apple EarPods with a Lightning connector rather than a 3.5mm plug. The person describes them as "iPhone 7 EarPods" and describes them as looking exactly the same, barring the Lightning connector change. The user plugs them in and loads up a YouTube video and presses various buttons on the EarPods to show that the functionality, at least for the buttons, is working as expected.

There is little to confirm that the Apple EarPods in the video are real, though. This isn't the first time that someone has made Apple EarPods use a Lightning connector and the whole demeanor of the video leaves a lot of questions unanswered. Apple has also usually held more control over its leaks - especially with something as big as this.

You can view the video below:

While it is difficult to confirm the legitimacy of the video as of yet, a change to Lightning based audio solutions should not come as a complete surprise as Apple quietly updated its "Made for iPhone" program last year to include Lightning headphones prior to Philips and JBL releasing such products.