You may recall that a couple of weeks ago, an unknown group staged a 'protest' outside an Apple Store in Sydney. Faux protestors waved placards and chanted ‘WAKE UP’ at the store’s customers, before clambering back on to their bus and moving on to disturb the peace in other locations around the city. At the time, we thought it was Samsung – not least because of their propensity for antagonism towards Apple and its customers – but clues soon emerged suggesting that the true culprit was not Samsung, but Research In Motion.

A website, launched around the same time as the protest, featured a countdown, which has now ended, and a new site – entitled ‘Wake Up. Be Bold.” – has replaced it. 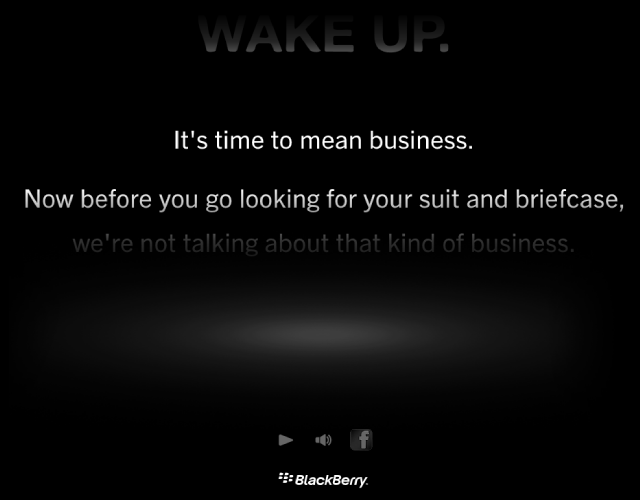 The site features little more than a vertical scroll of text, with a voiceover and what sounds like footsteps walking through a city. As you’ll likely discover for yourself, the Facebook sharing button seems wildly optimistic given the torturously dull nature of the site, its presentation and its content.

The whole thing is about business, with some weak and patronising commentary about how business has changed, telling you that “being ‘in business’ means you’re the kind of person who takes action and makes things happen”. Apparently, if you’re a businessperson, “you’re either here to leave your mark and eat opportunity for breakfast, or you’re satisfied to just float through life like a cork in the stream”.

There’s a not-so-subtle dig at Apple’s customers too, when the narrator tells you that as someone in business, “you don’t just think different… you do different”. The suggestion that “being in business is not for everyone” may also be a dig at Apple, a subtle implication that devices such as the iPhone shouldn’t be trying to shoehorn themselves into enterprise environments. “There is no middle ground,” we’re told. “You’re either in business or you’re not.”

Finally, this is all tied together with the assertion that “there’s only one device for people who mean business… the brand that’s been in business from the very beginning”, before we are then told to “Wake Up. Be Bold”, as a second BlackBerry logo appears on screen.

Most notable about this campaign is the total absence of any real relevance or connection to RIM’s products, beyond repeatedly using the word ‘business’. There’s no obvious link between the idea of ‘waking up’ to something and the extended monologue that the site serves up about RIM having been making devices for businesses for a long time.

Of course, not all campaigns draw a clear line between the message and the product, but it’s especially challenging to understand the connection between a dull, condescending lecture filled with buzzy phrases about modern businesspersons… and a busload of people harassing Apple Store shoppers and shouting “WAKE UP” at them – most of whom will have been non-business customers anyway. 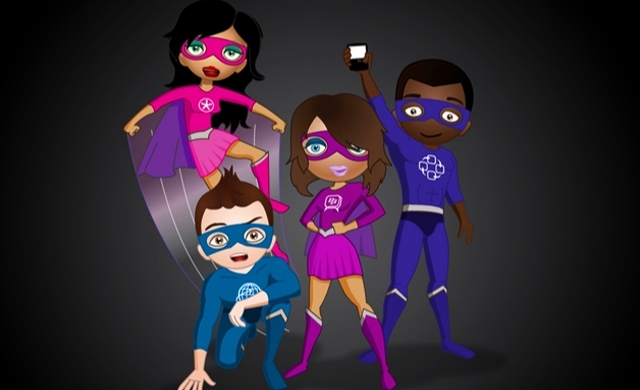 Perhaps RIM’s call to action is ironic – rather than inspiring boldness and the idea of seizing the day through lots of fanfare, excitement or really anything remotely interesting, they’ve decided to do the opposite of that, to cleverly juxtapose the power of the message against a completely sober and nonsense-free backdrop.

But we all know that that’s not really the case. This isn’t the first time that RIM’s marketing has missed the mark. In January, the company’s major campaign under new CEO Thorsten Heins was widely ridiculed, as it featured a cluster of cartoon superheroes (called ‘The Bold Team’ - no, seriously) who represented everything that was wrong with RIM the hopes, dreams and positive attributes of RIM’s customers for the year ahead.