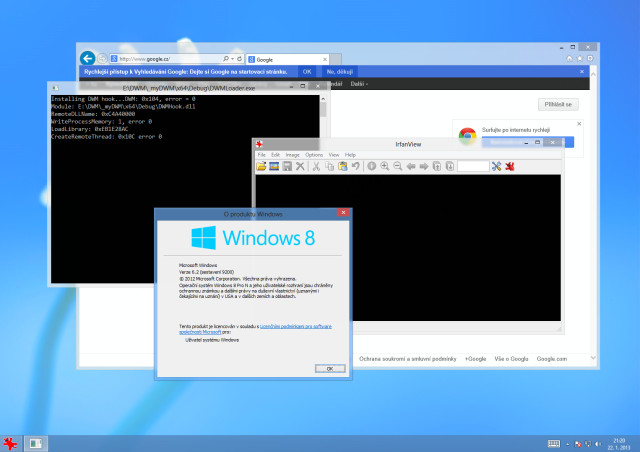 A couple of weeks ago, a programmer who goes by the handle "bigmuscle" on the MSFN message boards announced he had completed the first version of a new and small program called simply Aero Glass for Win8. He has since released two more versions of the software, including one that was launched earlier this week.

The programmer says that the app recreates the aero glass look in the desktop for Windows 8 via the Desktop Window Manager. He states:

I have developed DLL library in C++ which is injected into dwm.exe process (no system files replacement is required). Then, the functions used for window border drawing are hooked with my own implementation. This ensures that anytime DWM wants to draw the window border, the code is redirected into my library where I can change the parameters of vertex buffer, blend state and other stuff. Then I redirect back to the original drawing function. Transparent window border is drawn!

"Bigmuscle" says that this program should be considered a preview version, so needless to say you should download and install it at your own risk. It's also just for the 64-bit version of Windows 8. Having said that, the early reviews from users seem to like the results.

Our thanks to Detection for the tip!