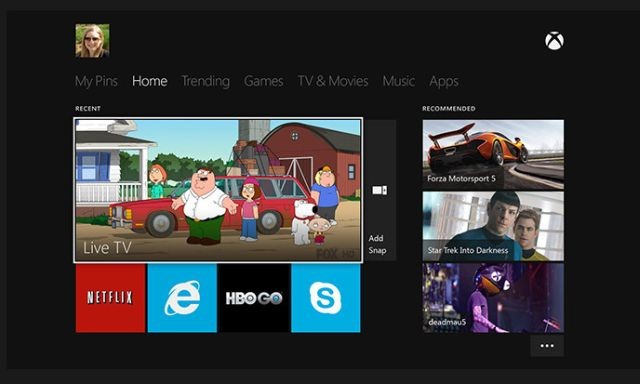 If you own a new Xbox One in Europe and you have hooked it up to your cable or satellite set top box, you might have noticed some issues with watching TV from inside the console's UI. That's due to the differences in output in European TV sets and what the Xbox One supports.

As first reported by HDTVTest, televisions in Europe output to 50Hz while Microsoft set up the Xbox One to output at 60Hz. This causes the TV signal to drop or skip frames when viewed from the console's HDMI In feature. This issue is especially noticeable during live sports broadcasts for panning shots. US televisions don't have this problem as they are already set up for 60Hz output.

So far, Microsoft has yet to comment on this issue, but Eurogamer's Digital Foundry section believes it may be hard for the company to fix this problem. It might be possible for Microsoft to release a patch that locks the Xbox One in 50Hz for TV viewing and goes up to 60Hz for gaming but this would take away from the seamless experience that US users have when switching from TV to gaming on the console.

While Europeans can watch TV inside the Xbox One with the HDMI In port, the OneGuide feature that allows the console to take over the set top box's TV guide features won't be put in place in the UK and other parts of Europe until 2014.