Following a week without new bundles, Double Fine published games are now up for grabs as part of Humble's newest bundle promotion. In addition to providing Steam keys, all of these games are also available DRM-free.

Paying anything above a dollar will get you three games: THOTH, Mountain, and 140. Opting to go over the average - around $7.50 currently - adds on Escape Goat 2 and GNOG to your pile. And finally, putting down $10 gets you Gang Beasts and Everything (the game).

The currently ongoing Humble Monthly Bundle has had a couple more early reveals as well. In addition to The Division and Yakuza 0, subscribers also get the former's Survival expansion and the top-down battle royale title Rapture Rejects as part of early unlocks. 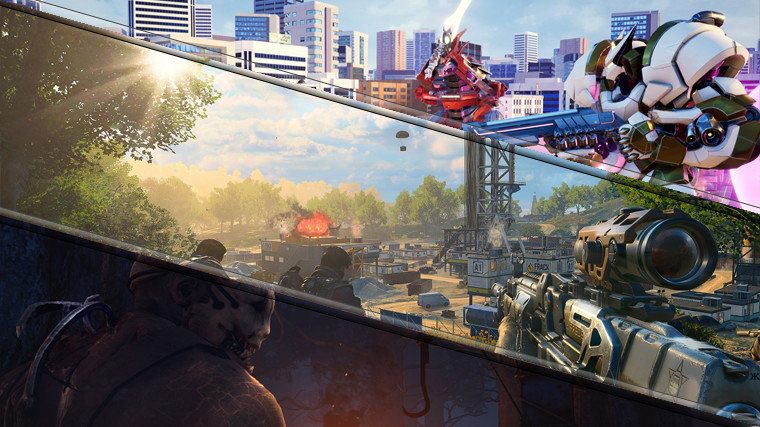 Possibly the biggest game that's free to try right now is Call of Duty: Black Ops 4 through Battle.net, Treyarch's newest entry in the long-running shooter series. This is only a promotion for the battle royale Blackout mode, so zombies and regular multiplayer modes are out of reach. The free play event will run until January 24.

Meanwhile on Steam, the fighting game Override: Mech City Brawl is free to play this weekend. As its name describes, this is a brawler that puts you inside giant mechs to fight in and around cities. The free weekend regular Dead by Daylight is back for another round on Steam as well, giving you a chance at being a survivor or the crafty killer that's hunting other players.

Finally putting an end to all of the holiday promotions that have been popping up in the previous weeks, the Humble Store's winter sale is also closing its doors in a few days. Here are the big deals we've gathered up this weekend:

And now, its time to look at what DRM-free games have received discounts this weekend.

And that is it for our pick of this weekend's PC game deals folks, and hopefully, some of you have enough self-restraint to not add even more games to your growing backlogs this holiday season. Of course, there is an enormous amount of more deals ready and waiting all over the internet if you comb through it hard enough, so keep your eyes open for those, and have a great weekend.