Humble's newest Summer Adventure Games charity bundle is mostly filled with popular Telltale games of old, plus a few bonuses. The three-tier bundle will be available until July 21.

The third and final tier is strangely where the first Telltale Batman game is being offered, with the previous tiers having the sequel. Other than Batman and its Shadows upgrade, the $15 tier also offers you The Walking Dead: A New Frontier, The Walking Dead: The Final Season, and Heaven's Vault,

Moreover, there is now a discount running for the Humble Choice promotion, offering new subscribers a year of access for 40% off. This brings the monthly price down to $12 a month. 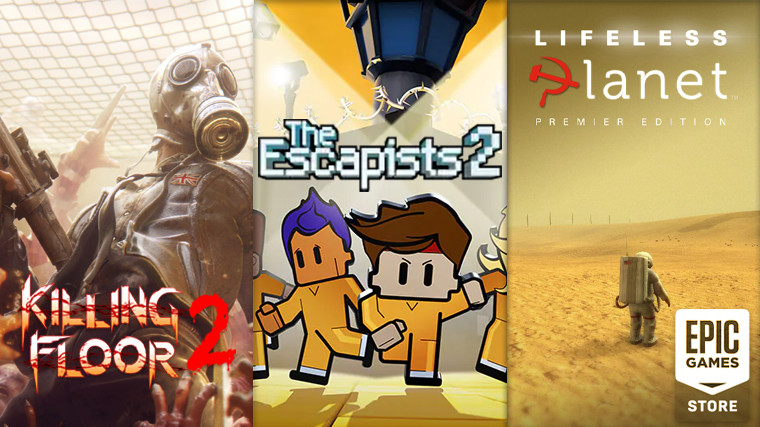 It's another busy week for the Epic Games Store, as three giveaways have kicked off at once to replace last week's Hue promotion.

The trio will remain free to claim until July 16, giving you the opportunity to make them permanent additions to your Epic Games library. Coming up next to be free on the store is the cooperative ARPG Torchlight 2.

Speaking of freebies, you can grab a free copy of Watch Dogs 2 from Ubisoft if you tune into its E3-style Forward presentation on July 12. Get the details here.

Following weeks of summer sales that put a stop to free events, a game has once again gone free-to-play for the weekend.

The city builder and management title Tropico 6 is playable for free through July 12, putting you in the shoes of El Presidente, the dictator of a Caribbean nation. The entire Tropico franchise is currently having a sale on Steam as well if you'd rather pick up an older title.

The Steam Summer Sale has closed its doors till next year, so we are back to our usual material. While general sales have slowed down, the Ubisoft Store is holding a special discount event. Until July 13, you can use the code UBIFORWARD on the store to get a further 20% off the final cart. Moreover, if you're a fan of subscriptions, Ubisoft is currently offering a 7-day free trial of its Uplay+ program.

And now, onto our big deals list this weekend: