The new Humble Care Package Bundle may be familiar to anyone who witnessed the Humble Freedom Bundle from earlier this year, where the bundle only has a single tier but offers a large variety of games.

By buying this $30 bundle, you will get 27 games in total, and all proceeds will go to emergency response charities. Some highlights from the bundle include Darkest Dungeon, Stardew Valley, Duck Game, and Grey Goo.

The bundle only has a few days left on its counter so be quick to grab it if you're interested. However, note that Darkest Dungeon and Move or Die keys are limited, so they may run out keys before the bundle finishes its run.

Even though Bundle Stars revamped itself and became Fanatical earlier this month, the store's old habits don't seem to have changed. Arriving as the revamped storefront's newest game bundle is the Fanatical Max Damage Bundle. The eight games that are included in it are worth over $100, but you can grab the bundle for just $3.49.

The games included in the bundle, as well as their Steam user review scores, are as follows:

The Max Damage Bundle is set to run until November 28, so you have some time to ponder if these games are worth your time and money. Also, all games arrive as Steam keys. 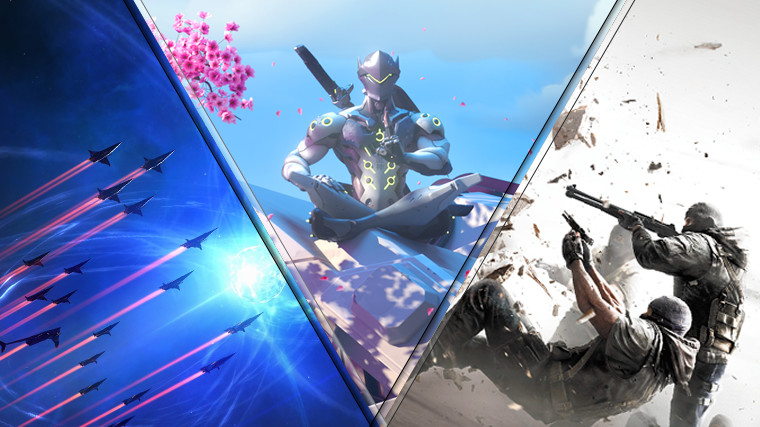 Two massively popular first-person shooters are free to try this weekend. The first of which is Blizzard's hero shooter, Overwatch, and you can try it out for free until November 20 via Battle.net. Everyone joining in is getting access to the entire roster of heroes, maps, and game modes, including the newly released healer hero, Moira.

Next, if hero shooters aren't your cup of tea, Ubisoft is hosting a free weekend for its tactical shooter, Rainbow Six Siege. The event is available on both Steam and Uplay, arriving just ahead of the game's Operation White Noise major content update, which features three new operators, a new map, and more.

And the last game having a free weekend is the 4X, turn-based title by Amplitude Studios, Endless Space 2. This sci-fi strategy game gives you eight unique civilizations to choose from as you try to solve the mysteries of the game's 'Endless Universe'. Also, coinciding with the event is a free update that revamps the game's diplomacy system.

With the beginning of the weekend arrives a wide assortment of sales from a bunch of PC game stores, and below, we have a selection of handpicked games that are near or below their historical discount rates.

The sale season is once again upon us in full force. The Humble Store is hosting a massive Fall Sale, while GamersGate has already put up its Black Friday sale. You can have a look at the highlights below. Also, you could probably get a free copy of Killer is Dead - Nightmare Edition from the Humble Store if you're quick enough.

Note that the FANATICAL10 code is still applicable on games bought via the Fanatical store for an extra 10% discount.

Now, with all those pesky DRM-filled games out of the way, let's have a look at some DRM-free deals that are on offer at the GOG store.