The Fanatical store is back with another bundle this week, that being the Bob & Crew Bundle. There are no tiers or anything like that to worry about, with it simply offering four well-received games from Curve Digital for $9.99.

The bundle arrives with Human: Fall Flat, the humorous physics-based cooperative puzzle game; Bomber Crew, a 3D crew management game with FTL-like qualities; Serial Cleaner, a fast-paced stealth game where you must clean up murder scenes without being caught; and Stealth Inc 2, a puzzle-platformer with stealth and action mechanics.

Also as a reminder, this month's Humbly Monthly Bundle refreshes in less than a week, giving you some time before its current early unlocks of Kerbal Space Program, Dead Rising 4, Ruiner, Jalopy, Crazy Machines 3, and Moon Hunters, as well as the yet to be revealed games expire for good. 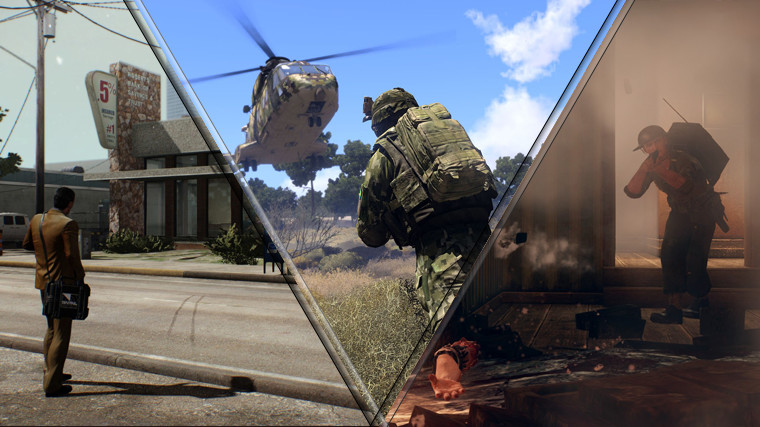 If you're a first-person shooter fan, this could be a big weekend for your wallet, as five games have been made temporarily free-to-play on Steam.

ARMA 3 is the first of the bunch, bringing its tactical military sandbox gameplay to the masses to celebrate going past the four million player mark. The entire base game is available to try out, from the campaign and multiplayer modes to the scenario editor.

Meanwhile, the WWII shooter Day of Infamy is offering its hardcore multiplayer first-person shooter action to everyone on Steam. If you're an Insurgency fan, this game will probably be right up your alley thanks to it having the same developer.

Up next we have a free event for Payday 2, Overkill's cooperative heisting title that lets up to four players tackle various scenarios with valuables to steal using stealth or much louder methods that involve a large array of weaponry. Note that the game is also playable in VR.

Now we come to the VR exclusive title OrbusVR, which is also free to try this weekend. This early access game provides an MMO experience for virtual reality headset owners with quests, various classes, five-player dungeons, bosses, and more.

Lastly, we have Front Defense: Heroes, another early access VR game but one that is much more action-oriented. This WWII VR shooter offers solo play with bots as well as multiplayer modes with up to 10 players.

Now, with all those out of the way, let's finally have a look at the list of DRM-free deals that are on offer at the GOG store this weekend.