As April's final days count down, Humble's current $12 Monthly Bundle is being prepared for a refresh. You have until May 3 to make the decision to grab the current offer, which is when the full bundle is slated to be unveiled and delivered to subscribers.

Assassin's Creed Origins was the sole early unlock game for the bundle originally, but Humble has since added the musical adventure game Wandersong to the pile. As usual, the company says the full bundle will be worth over a hundred dollars once it's fully unveiled.

In other bundle news, Fanatical is currently running the Exile Bundle, offering 10 games in a single package. This $4.99 bundle features some popular games that you might want in your library, such as Star Wars Jedi Knight: Jedi Academy as well as its sequel, SEUM: Speedrunners from Hell, and Project Highrise, among other titles. 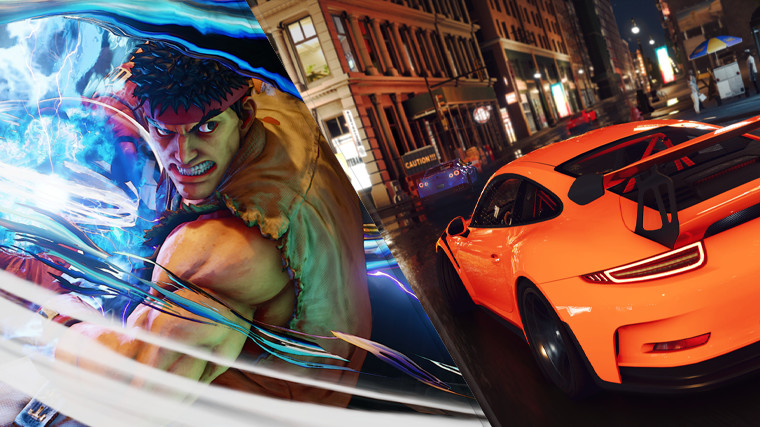 There's a good variety of games running free events this weekend, giving you ample choices if you want something new to try.

Fighting game fans have Street Fighter V Arcade Edition to check out, with the full 16 characters from the original roster and four DLC fighters available for free while the event is active. You have until May 5 to fire off your Hadoukens.

If you're more of a racing fan, then Ubisoft's The Crew 2 may be up your alley. The game offers cars, bikes, boats, and even planes to race around in. The massive open world and all vehicles are yours until April 28.

Meanwhile on Blizzard's Battle.net client, Call of Duty: Black Ops 4's free event is finally winding down. This is the final weekend you have to try out the Blackout battle royale portion of the game for free, with the promotion ending on April 30.

A massive Capcom Weekend Sale has gone live on Steam, a great opportunity for those who've been waiting for discounts on Resident Evil, Devil May Cry, or any other popular series from the publisher. Also, the Green Man Gaming store is almost done with its spring sale. It is currently having a final "Best of" weekend that offers an extra 15% off of several popular games from the sale. You have to use the code BESTOF to get this additional discount.

GOG is currently having an indie specials week featuring a number of hits from recent years. Here's what we've gathered up for you from the DRM-free deals corner of the web this weekend.