The early unlocks for the May Humble Monthly Bundle were revealed a couple of weeks ago, and while there's still plenty of time left on the counter before it comes to a close, the store has decided to add-on three more games to the early unlocks pile.

In addition to the three previous early unlock games Kerbal Space Program, Dead Rising 4, and Ruiner, you will now get Jalopy, Crazy Machines 3 and Moon Hunters. The $12 bundle is slated to reveal the rest of its contents on May 4.

Meanwhile, don't forget that last week's Humble Strategy Bundle is still up and running, with a few days left on its clock, offering seven games in total for $12.

Fanatical introduced another Pick & Mix bundle this week, and the publisher in the spotlight this time is Curve Digital. Like most bundles, this one is also split into three tiers, however, what games you get in each tier is up to you.

Forking over $1 gets you any single game from the available selection while upping that to $2.99 lets you grab five games of your choosing. Paying $4.99 has you walking away with ten games that you deem worthy.

There are 15 games to choose from with various well-received titles such as Serial Cleaner, Stealth Inc 2: A Game of Clones, Manual Samuel, The Little Acre, Iron Fisticle, and more available.

This weekend's free events are largely VR centered thanks to Valve's new VR Spring Sale, we will have more on that sale later. The developer Croteam's entire VR catalog is available to try out for those who own VR headsets.

The games in on the free weekend offer are The Talos Principle VR as well as four VR Serious Sam titles: The First Encounter, The Second Encounter, The Last Hope, and BFE. There is also a handy discounted bundle with all the Croteam VR games included in it for anyone interested in purchasing the full selection after trying them out.

Meanwhile, on the non-VR free weekend front, we have Laser League, an early access game described by the developer as a "high-speed, future-sports" title. The gameplay involves trying to get control of laser nodes to eliminate opponents using your team's colored lasers while avoiding enemy lasers, all the while making use of various abilities.

As previously mentioned, the Steam Spring Sale has kicked off and it is VR themed. This means that our usual selection of handpicked games will have some VR games sprinkled in, and VR exclusives will be marked as such. Just remember that you require either an HTC Vive, an Oculus Rift, or a Windows Mixed Reality headset to play them.

Also, Fanatical has put forth another voucher code, where using SUPER6 on games will get you an additional 6% off of the price, even if they are already discounted. The only places the voucher won't work on are Star Deals, bundles, and pre-purchases. 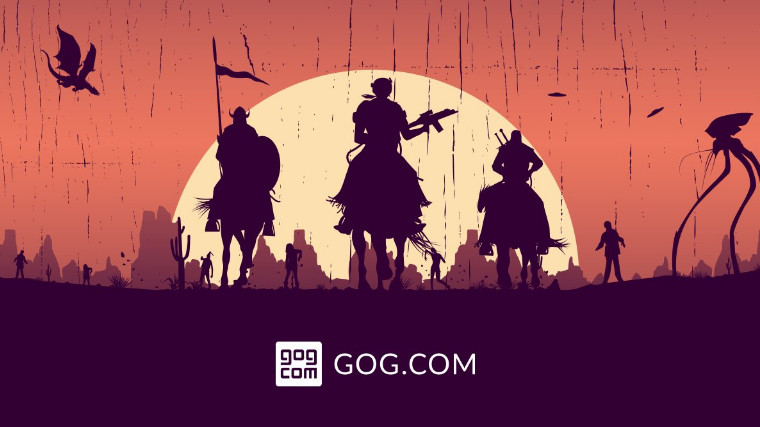 Now, with all those out of the way, let's have a look at the DRM-free deals that are on offer at the GOG store this weekend thanks to its Most Wanted Games Sale. The popular store has discounted over 150 games that are supposedly the most wishlisted titles of its users.